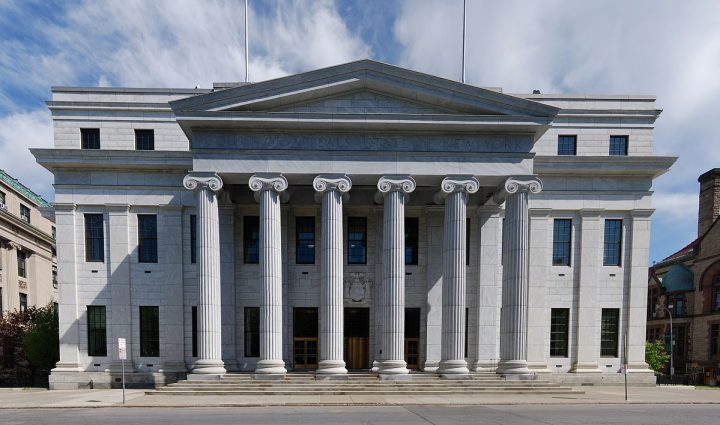 On November 10, 2020, State of New York Court of Appeals Justice Eugene Fahey announced his retirement from the court, scheduled for December 31, 2021, when he reaches the court’s mandatory retirement age of 70 years old.

Justice Fahey joined the State of New York Court of Appeals in 2015. He was appointed to the court by Gov. Andrew Cuomo (D).

Before serving on the state supreme court, Fahey served on the New York Supreme Court, Appellate Division from December 22, 2006, until 2015. He served on the court’s Criminal Division in 2005. Fahey was elected to the State Supreme Court in 1996, where he also presided over cases in Erie County and the 8th Judicial District. He served on the court until 2005. Fahey was elected to the Buffalo City Court in 1994 and served until 1996. He served as a law clerk to Judge Edgar C. NeMoyer in the New York Court of Claims before entering private practice in 1985, where he served as house counsel for Kemper Insurance Company until 1993. Fahey served on the Buffalo Common Council from 1978 to 1983 and again from 1988 to 1994.

The seven justices of the New York Court of Appeals serve 14-year terms. They are appointed by the governor from a list of candidates provided by a judicial nominating commission, pending confirmation from the New York Senate.

The remaining four active justices of the court are:

Associate Justice Leslie Stein is also scheduled to retire from the court in 2021, on June 4. At the time of the announcement, no reason was given for Stein’s retirement.

As of November 16, 2020, there are four supreme court vacancies scheduled to occur in 2021 in three of the 29 states where replacement justices are appointed instead of elected. The vacancies were triggered by retirements.