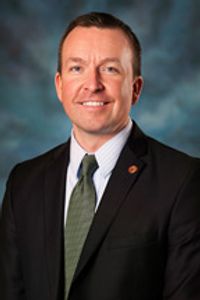 On Jan. 17, Illinois state Sen. Andy Manar (D) resigned to become a senior advisor to Gov. J.B. Pritzker (D). He will provide counsel on the state’s economy and plans for the COVID-19 recovery.

In Illinois, vacancies in the state Senate are filled within 30 days by appointment by the political party that last held the seat. Manar’s replacement will be chosen by the Democratic Party chairs in Christian, Macon, Macoupin, Madison, Montgomery, and Sangamon counties. His replacement will serve for the remainder of Manar’s term.

Manar was elected to represent District 48 in the Illinois state Senate in 2012 and was re-elected in 2014. He was most recently re-elected in 2018, defeating Republican challenger Seth McMillan 56.8% to 43.2%.

The Illinois state Senate is the upper chamber of the Illinois General Assembly. With Manar’s departure, the current partisan breakdown of the chamber is 40 Democrats, 17 Republicans, and two vacancies.