The Supreme Court will begin its April argument session next week, hearing cases remotely and streaming live argument audio to the public. The court is conducting proceedings this way in accordance with public health guidance in response to COVID-19.

The court will hear arguments in the following cases:

SCOTUS accepted two cases since our March 29 issue for a total of two hours of oral argument. Both cases originated from the U.S. Court of Appeals for the 6th Circuit. The 6th Circuit holds jurisdiction over Kentucky, Michigan, Ohio, and Tennessee.

The cases will be scheduled for argument during the court’s 2021-2022 October term, which begins on October 4, 2021. To date, the court has accepted 10 cases for the term.

SCOTUS issued five opinions since our March 29 issue. The court has issued 26 opinions so far this term. Five cases were decided without argument.

Supreme Court justices are known for their landmark decisions and fashion choices of robes, collars, and jabots. During which court term did the Justices first start wearing robes?

The following map shows the number of vacancies in the United States District Courts as of April 1, 2021.

President Biden also announced his intent to nominate Rupa Ranga Puttagunta to the Superior Court of the District of Columbia.

The official nominations of these judges have not been submitted to the U.S. Senate as of this writing.

As of April 1, there have been no federal judicial confirmations during the Biden administration.

As of April 1 of the first year of President Donald Trump’s presidency, the U.S. Senate had not confirmed any Article III judicial nominees.

Welcome to the ‘80s! There’s a new Hall & Oates album playing, the Lakers and Celtics just went into overtime, and everybody’s cutting footloose. But before we head to the mall (or back to the future), let’s take a look at President Ronald Reagan’s (R) judicial nominees from 1981 to 1989. 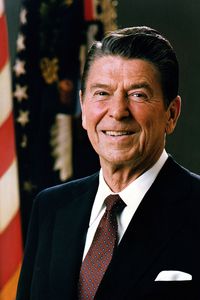 During his two terms in office, President Reagan had 402 judges successfully nominated and confirmed to the federal bench. Of those, 382 were to Article III judgeships. Among the most notable of these are Supreme Court Justices Anthony Kennedy, Sandra Day O’Connor, and Antonin Scalia. Reagan also nominated William Rehnquist to become Chief Justice of the Supreme Court.

Of his Article III appointees–not including Supreme Court nominations–President Reagan appointed 83 judges to the United States Courts of Appeal, 290 judges to U.S. district courts, and six judges to the U.S. Court of International Trade.

We’ll be back on April 19 with a new edition of Bold Justice. Until then, gaveling out!