Last week, SCOTUS held its final argument session of the term, hearing an hour of oral argument in one case during a rare May sitting.

During the 2019-2020 term, the Supreme Court heard 10 hours of oral argument in 13 cases during its May argument session. Those cases had been postponed from earlier sittings due to public health recommendations in response to COVID-19. According to SCOTUSblog, the last time the Supreme Court held a full May sitting was during its October 1968 term.

Here’s a breakdown of the hours of oral argument the court heard during each of this term’s argument sessions:

Twelve of the cases heard this term were originally scheduled for the 2019-2020 term but were delayed due to the coronavirus pandemic. Five cases were removed from the argument calendar. Seven cases were decided without argument.

Looking ahead, SCOTUS has accepted 14 cases to its merits docket for the 2021 October Term. Argument dates in those cases are currently pending.

SCOTUS has not accepted any new cases since our May 3 issue.

SCOTUS has not issued any opinions in cases since our May 3 issue.

True or false: In order to be a Supreme Court justice, one must be a lawyer or a law school graduate.

The following map shows the number of vacancies in the United States District Courts as of May 1, 2021.

As of May 1, 2021, there have been no federal judicial confirmations during the Biden administration.

As of May 1 of the first year of President Donald Trump’s (R) presidency, the U.S. Senate had confirmed one of Trump’s Article III judicial nominees–U.S. Supreme Court Justice Neil Gorsuch.

Through the sands of time, some bead curtains, and hopefully some Motown records, the time has come today! We continue our time-journey by stopping over at an era known as November 1963 through January 1969. Today’s edition of Bold Justice highlights President Lyndon Baines Johnson’s (D) federal judicial nominees. 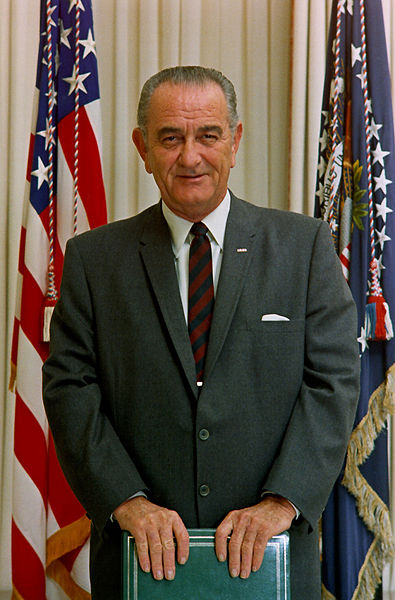 Of his Article III appointees–not including Supreme Court nominations–President Johnson appointed 44 judges to the United States Courts of Appeal, 126 judges to U.S. district courts, and eight judges to the U.S. Court of International Trade.

We’ll be back on June 7 with a new edition of Bold Justice. Until then, gaveling out!