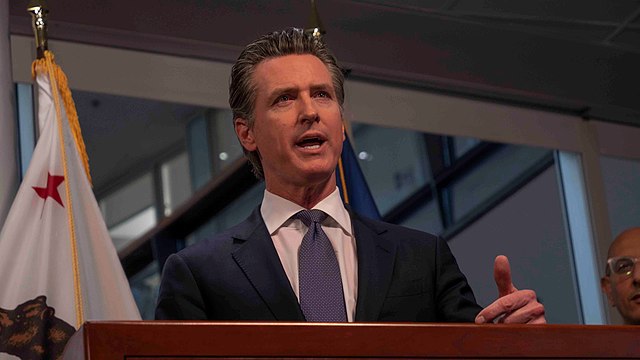 Recall supporters said Newsom mishandled the state’s response to the coronavirus pandemic, did not do enough to address the state’s homelessness rate, and supported sanctuary city policies and water rationing. In a March 2021 email, Newsom called the effort a “Republican recall — backed by the RNC, anti-mask and anti-vax extremists, and pro-Trump forces who want to overturn the last election and have opposed much of what we have done to fight the pandemic.”

A recall election will present voters with two questions. The first will ask whether Newsom should be recalled from the office of governor. The second will ask who should succeed Newsom if he is recalled. A majority vote is required on the first question for the governor to be recalled. The candidate with the most votes on the second question would win the election, no majority required. In the 2003 recall of Davis, 135 candidates ran and the winner received 48.58 percent of the vote.