Welcome to the July 12 edition of Bold Justice, Ballotpedia’s newsletter about the Supreme Court of the United States (SCOTUS) and other judicial happenings around the U.S.

SCOTUS may be in its summer recess but we are gaveling in to bring you all the latest court activity on the docket: the end of SCOTUS’ 2020 term, the 2021 term on the horizon, and the first federal judicial confirmations of the Biden administration. 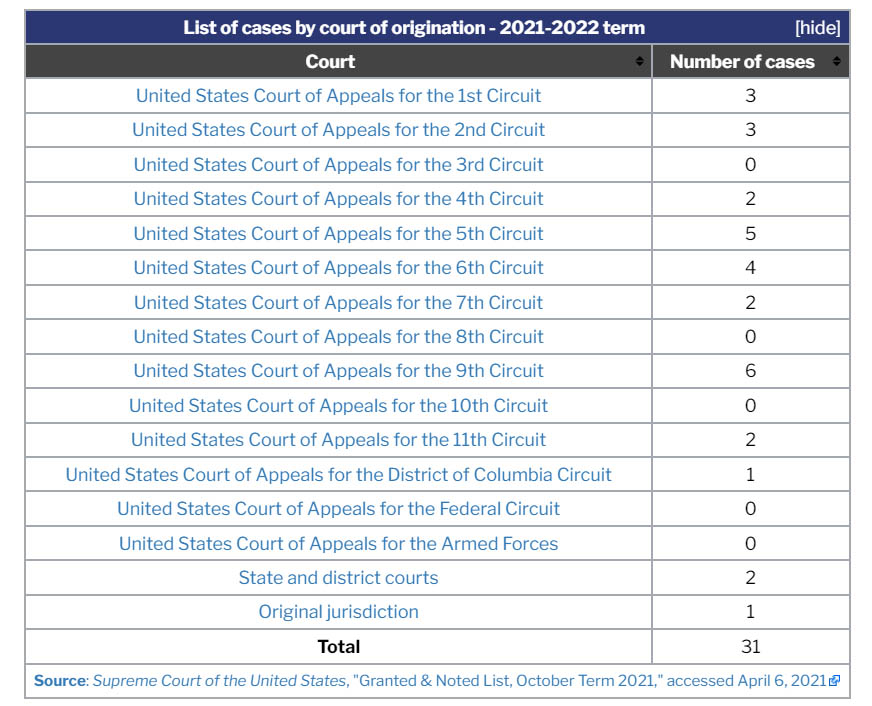 Click the links below to review the court’s rulings in the most recently decided cases:

True or false: have there ever been any Supreme Court justices with the same name?

The following map shows the number of vacancies in the United States District Courts as of July 1, 2021.

President Biden has announced 11 new nominations since the May 2021 report.

Since 1981, only two other presidents had confirmed Article III judicial nominees by July 1 of their first year in office: Presidents Donald Trump (R) and George H.W. Bush (R), each with four confirmed nominees.

Hello, gentle readers! Put a quarter in the jukebox and grab a malted milkshake with me as we be-bop-a-Lula our way through federal judicial history. Today’s edition of Bold Justice highlights President Dwight Eisenhower’s (R) federal judicial nominees from 1953 to 1961. 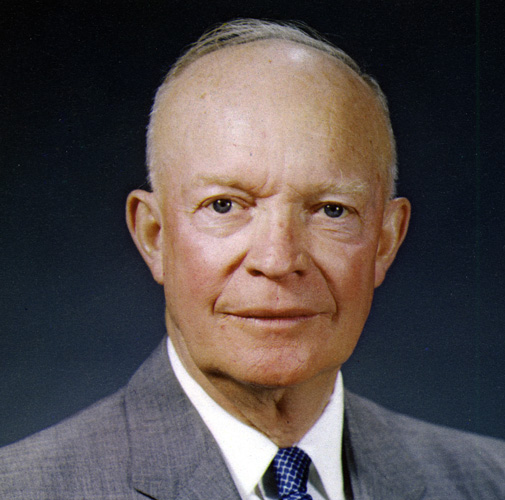 During his time in office, 175 of President Eisenhower’s judicial nominees were confirmed. One nominee declined the nomination, two were withdrawn, and the U.S. Senate did not vote on 26 nominees. Among the most notable appointees were five Supreme Court Justices:

President Eisenhower’s first Article III appointee was confirmed on April 23, 1953—Judge Lester Cecil to the U.S. District Court for the Southern District of Ohio. By the end of his first year in office, nine of Eisenhower’s nominees had been confirmed–all nine were confirmed to U.S. district courts. Eisenhower averaged 22.7 judicial appointments per year. For comparison, President Jimmy Carter (D) had the highest average from 1901 to 2021 with 65.5 appointments per year.

We’ll be back on July 19 with a new edition of Bold Justice. Until then, gaveling out!

Kate Carsella and Brittony Maag compiled and edited this newsletter, with contributions from Jace Lington, and Sara Reynolds.