Welcome to the August 9 edition of Bold Justice, Ballotpedia’s newsletter about the Supreme Court of the United States (SCOTUS) and other judicial happenings around the U.S.

We are officially in the dog days of summer, dear readers! SCOTUS is still on its summer break, but there’s plenty of federal judicial activity on the docket. Let’s gavel in, shall we?

We’re between October Terms when the court isn’t releasing opinions or hearing arguments.

Before the next term starts, let’s take a brief look at what happened during the 2020-2021 term:

SCOTUS has not accepted any new cases to its merits docket since our July 19 issue. To date, the court has agreed to hear 31 cases for the 2021-2022 term. Two cases were dismissed after they were accepted.

SCOTUS has not scheduled any more cases for argument since our July 19 issue.

As you may recall, the court released the calendar for its October sitting on July 13. It will hear nine hours of oral argument in nine cases between October 4 and October 13.

As a refresher, click the links below to learn more about those cases:

To date, 20 cases granted review for the upcoming term have not been scheduled for argument.

True or false: Article III of the Constitution of the United States provides for the creation of the U.S. Supreme Court and its structure.

The following chart tracks the number of vacancies in the United States Courts of Appeals from President Joe Biden‘s (D) inauguration to the date indicated on the chart.

The following map shows the number of vacancies in the United States District Courts as of August 1, 2021.

The first confirmations occurred on June 8, when Julien Neals and Regina Rodriguez were confirmed to their respective courts.

Ketanji Brown Jackson, who was confirmed on June 14, was the first confirmed nominee to receive her judicial commission. Jackson was commissioned on June 17.

Hello, gentle readers! This edition of Bold Justice journeys us to a time somewhere over the rainbow, through a dust bowl and a world war, and across the piano keys with Duke Ellington. Today, we highlight President Franklin Delano Roosevelt’s (D) federal judicial nominees from 1933 to 1945. 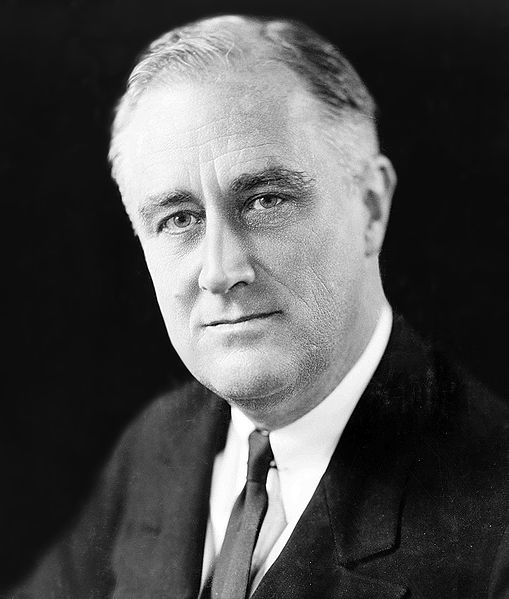 During his time in office, 197 of President Roosevelt’s judicial nominees were confirmed. Four nominees declined their nominations, two were withdrawn, and the U.S. Senate rejected six nominees.

Among the most notable appointees were nine Supreme Court Justices:

President Roosevelt’s first Article III appointee was confirmed on April 12, 1933—Judge Joseph Woodrough to the U.S. Court of Appeals for the Eighth Circuit. By the end of his first year in office, nine of Roosevelt’s nominees had been confirmed–four to U.S. circuit courts, four to U.S. district courts, and one to the U.S. Customs Court.

We’ll be back on September 13 with a new edition of Bold Justice. Until then, gaveling out!