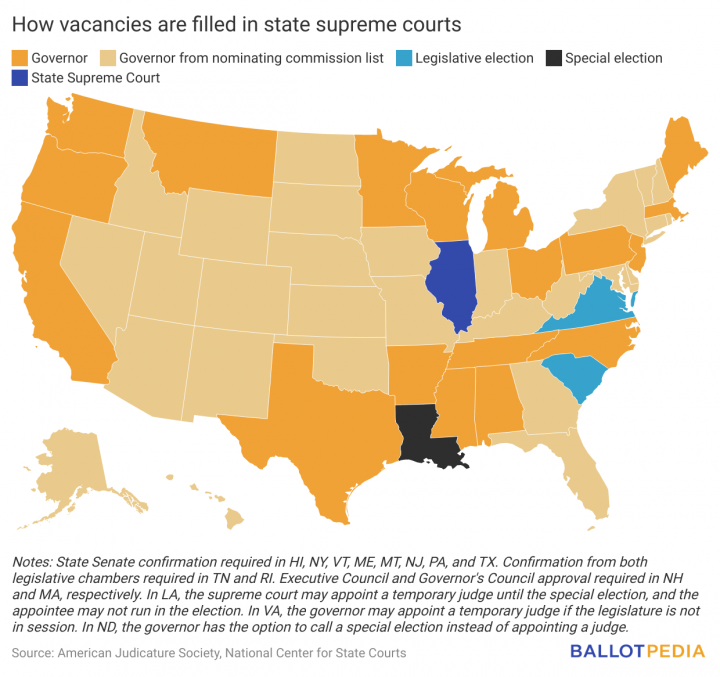 The most common reasons for a vacancy on a state supreme court include reaching the mandatory retirement age, retiring before the end of a term, death, or appointment to another office. The process for filling vacancies on state supreme courts varies among states. In most states, the governor appointments a replacement justice, either outright or with assistance from a nominating commission. There are five primary methods used: