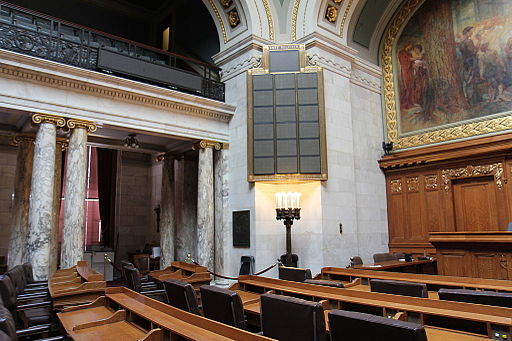 On Sept. 28, the Wisconsin General Assembly voted to approve a resolution that called for keeping “as much as possible the core of existing districts, thus maintaining 11 existing communities of interest, and promoting the equal opportunity to vote by minimizing disenfranchisement.” The Senate approved the resolution in a 19-12 vote along party lines, and the Assembly approved it in a 60-38 vote.

Assembly Majority Leader Jim Steineke (R) said the resolution was “about continuity of representation. The parameters of reapportionment have always been the same, trying to keep districts compact, contiguous, keep communities of like interest together.”

Gov. Tony Evers (D) said it was unlikely he would approve any maps that maintained the current districts, saying “The current maps are inadequate, and to base our decision-making on that inadequacy would not be doing the people’s work.”

In Wisconsin, both congressional and state legislative district boundaries are drawn by the Wisconsin State Legislature. These lines are subject to veto by the governor. The state legislature has not yet announced a date to begin the redistricting process.