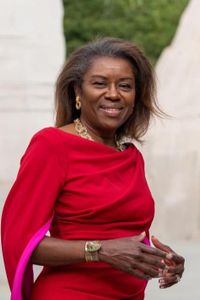 Winsome Sears (R) defeated Hala Ayala (D) in the general election for lieutenant governor of Virginia on November 2, 2021, with 50.7% of the vote to Ayala’s 49.3%. Sears is the first woman and Black woman to be elected to the position.

A Roanoke College poll conducted in August of 2021 found a plurality of respondents (26%) thought the economy was the most important issue. Other issues included COVID-19 (9%), race relations (7%), education (7%), and health care (6%).

The incumbent lieutenant governor, Justin Fairfax (D), ran for governor. He lost in the Democratic primary on June 8, 2021. Ayala won the June 8 Democratic primary with 39.1% of the vote, followed by Sam Rasoul (D) with 25.3%. Winsome Sears defeated Tim Hugo in the fifth round of ranked-choice voting with 54% of the vote to Hugo’s 46% in the May 8 Republican convention.

Ayala, who was elected to the Virginia House of Delegates in 2017, emphasized her experience in the legislature, saying she “has already helped shepherd some of the Democratic Majority’s biggest successes and knows how to get things done.” Ayala said she would “focus on an inclusive economy that ensures every Virginian can put food on the table and keep a roof over their heads” through increasing the minimum wage, investing in affordable housing, and mandating hazard pay for essential workers.

Sears, a former Marine and member of the House of Delegates from 2002-2004, said her views were based on “her service to the Commonwealth and her Country, her faith, and her belief in equal opportunity for all Virginians.” She said she would “support policies that keep taxes low, reduce regulations, and promote small businesses,” and “that reduce the cost of living for Virginians,” including maintaining Virginia’s Right-to-Work Law, providing tax breaks for small businesses, and reducing state excise and income taxes.

Of the four lieutenant governors who have been elected since 2002, three were Democrats and one was a Republican. Two of them, Tim Kaine (D) and Ralph Northam (D), went on to become governor. The lieutenant governor is popularly elected every four years by a plurality and, unlike the governor, may run for re-election.