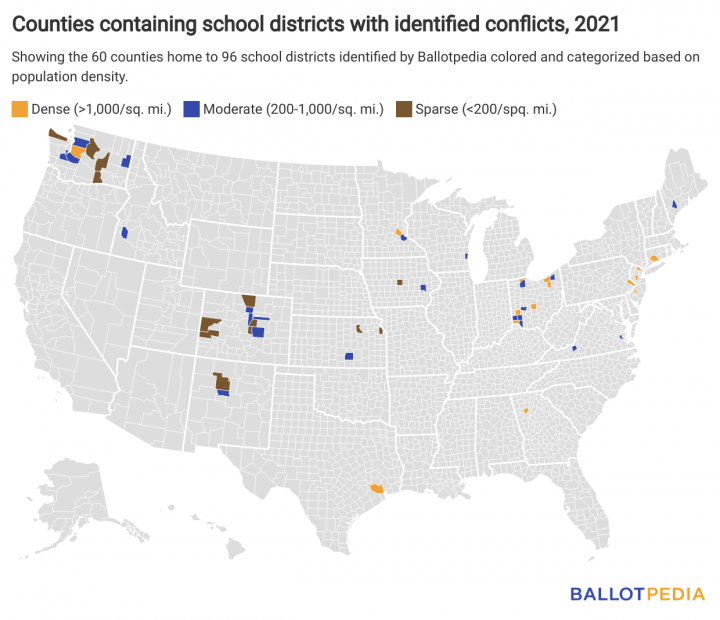 Ballotpedia tracked 96 school districts across 16 states that held elections on Nov. 2 where candidates took a stance on race in education, coronavirus responses, or sex and gender in schools. There were 310 seats up for election, and all but six have been called.

In each of the called races, Ballotpedia researched whether the winner incorporated a stance opposing any of the identified issues listed above. As a shorthand, we created these three categories: anti-CRT, not anti-CRT, and unclear.