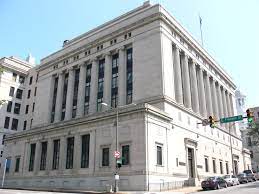 Virginia enacted new congressional districts on Dec. 28, 2021, when the Virginia Supreme Court approved a proposal drafted by two special masters the court had appointed. Virginia was apportioned 11 seats in the U.S. House of Representatives after the 2020 census, the same number it received after the 2010 census. This map will take effect for Virginia’s 2022 congressional elections.

Liz White, the director of OneVirginia2021, said, “They’re definitely the best maps we’ve seen in Virginia in a long time. It’s the first set of maps that haven’t been drawn at all by any member of the legislature, by any member of any political party.” OneVirginia2021 was formed in 2014 with “the common goal of reforming Virginia’s outdated and discriminatory redistricting laws.”

U.S. Rep. Ben Cline (R), whose district boundaries were redrawn to include new areas, said, “I look forward to the opportunity of introducing myself to the new voters added to VA-6 including the Counties of Frederick, Clarke, and Alleghany, and the Cities of Winchester, Covington, and Salem. However, I am disappointed I will no longer have the privilege of representing so many friends and neighbors in Amherst and Bedford Counties and the City of Lynchburg.”

Congressional redistricting has been completed for 266 of the 435 seats (60.0%) in the U.S. House of Representatives.