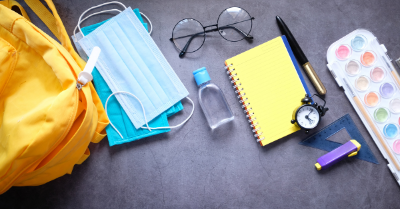 Governors or agencies in four states announced they would end their school mask mandates on Feb. 7

New Jersey Gov. Phil Murphy (D) became the first governor to lift a statewide school mask requirement during the 2021-2022 school year. The requirement is set to end on March 7. New Jersey has required masks in school since August 2020 when the state Department of Education issued its school reopening guidelines.

The Oregon Health Authority announced the state would lift its school mask requirement on March 31. The organization also said it would lift the statewide indoor mask mandate on March 31. Oregon has required masks in school since June 2020, when the Oregon Department of Education released its reopening guidance.

The three governors and the health authority said a decline in coronavirus cases and hospitalizations in their states, along with vaccine availability, influenced their decisions to lift the mandates.

In her decision, Grischow wrote: “The [Illinois Department of Public Health] is limited by law to delegating its authority only to certified local health departments and has not been authorized by the Legislature to delegate any of its authority to any other body of government, including school districts.”

Pritzker released a statement after the ruling, saying: “The grave consequence of this misguided decision is that schools in these districts no longer have sufficient tools to keep students and staff safe while COVID-19 continues to threaten our communities – and this may force schools to go remote.”

Seven statewide school mask requirements have ended or are set to end during the current academic year. New Jersey, Delaware, Connecticut, and Oregon will end requirements by executive action. Mask requirements in Pennsylvania and Illinois were ended by court action, and Kentucky’s was ended by legislative action.