Sullivan is a member of the Republican Party and assumed office in 2021. In Indiana, the secretary of state is an elected position, but Sullivan was appointed to the office when her predecessor left before the end of the term. Duties vary by state but are generally administrative in nature and may include recordkeeping, certification of state documents, and serving as chief election official. Sullivan is running for reelection in 2022.

On the expenditures side, Sullivan reported $210,517, with 85.34 percent of all spending going to the 10 payees topping this list.

Contributions vary widely among officeholders in the same role. A number of factors, including whether the position is appointed or elected, can influence donor activity. Here is how Sullivan compares to the 10 other state and commonwealth secretaries with campaign finance data available from Transparency USA in 2022: 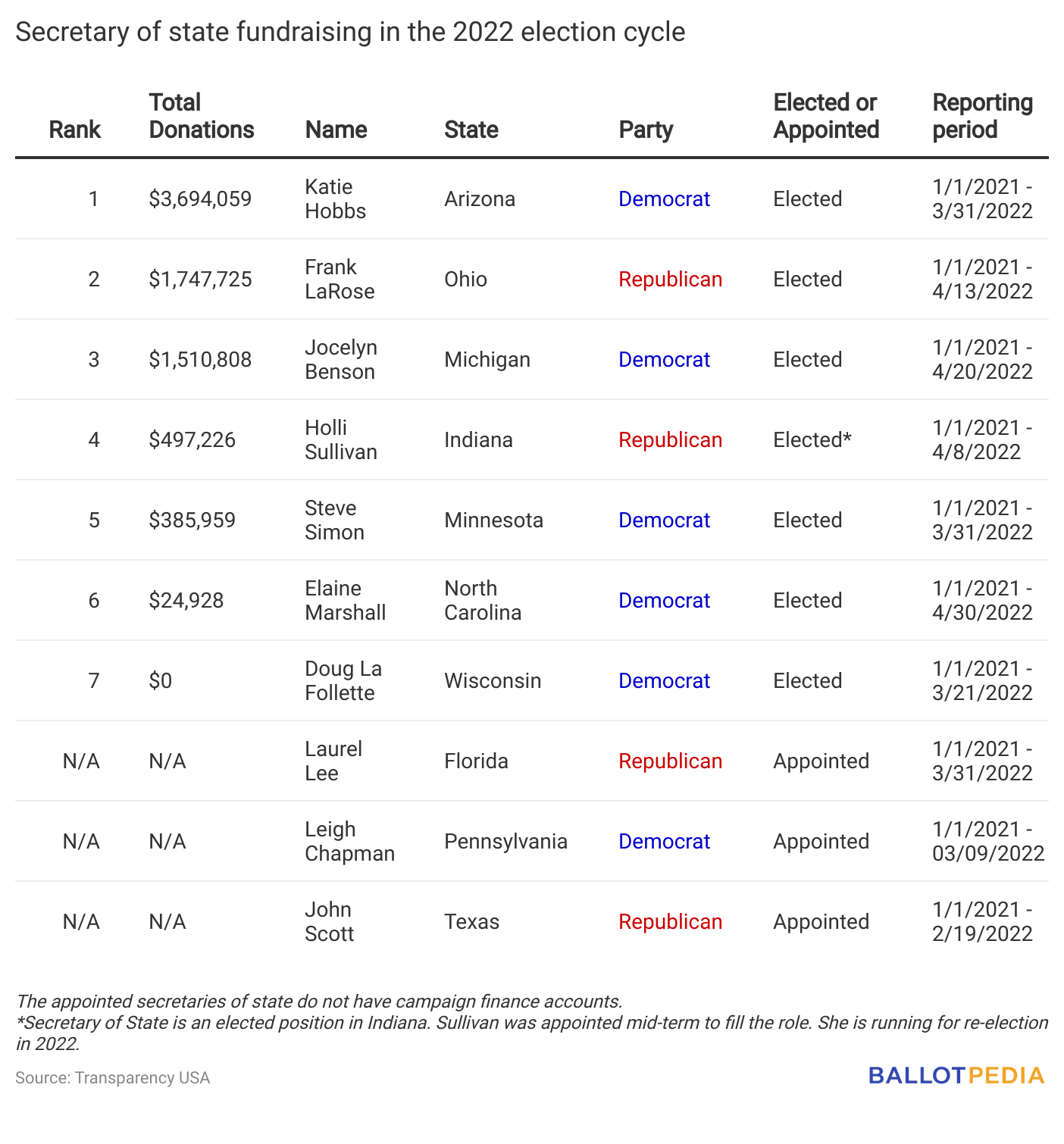 Across the U.S., 27 secretaries of state are members of the Republican Party and 20 are members of the Democratic Party. Voters elect the secretary of state in 35 states, while they are appointed by either the governor or state legislature in the other 12. Alaska, Hawaii, and Utah do not have secretaries of state. In 2022, 27 states are holding elections for the position.