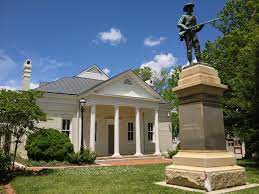 Incumbent Spencer Merriweather defeated Tim Emry in the May 17 Democratic primary for district attorney of North Carolina’s 26th Prosecutorial District in Mecklenburg County. Merriweather received 71% of the vote to Emry’s 29%.

No Republicans ran for the office.

Merriweather said that under his leadership, the district attorney’s office had “focused on the most serious and violent offenses” and that he had “implemented new strategies to confront violent crime … creating special units that prioritize the prosecution of gun crimes, sexual assault, and intimate partner violence.” The Charlotte Observer’s Michael Gordon wrote, “Asked what distinguishes him from Emry, Merriweather describes himself as a proven reformer who remains committed to the law, a safer community and building on what he describes as ‘a career of experience serving victims.'”

Emry, a criminal defense attorney and former Mecklenburg County assistant public defender, said, “The number one pillar of our campaign is holding the police accountable when they break the law.” Emry said another priority would be to “immediately stop the mass incarceration policies of the current DA’s office and begin to pursue racial justice.” He also said he would “never seek the death penalty,” saying, “Too often in this country, we have sentenced the wrong people to death. … Well, my opponent supports the death penalty.”

Real Justice PAC, which says it “has been at the forefront of local elections, ushering in prosecutors who have promised to transform a criminal legal system that is racist, oppressive, and preys on the poor and marginalized,” endorsed Emry. The group’s endorsement said Emry ran “as a progressive challenge to the left of the incumbent” and that he ran to “bring genuine change to the criminal justice system in Mecklenburg and to end the failed status quo policies.”