According to the most recent campaign finance reports filed with the Florida Department of State, Florida Attorney General Ashley Moody has raised $1.2 million and spent $416,969 between Jan. 1, 2021, and Mar. 31, 2022. Moody is currently ranked fourth in state-level donations in the 2022 election cycle.

Moody is a member of the Republican Party and assumed office in 2019. In Florida, the attorney general is an elected position. The primary job of a state attorney general is to serve as chief legal adviser to the agencies and legislative organs that make up his or her state’s government, in addition to the citizens residing within the state. Moody is running for re-election in 2022. 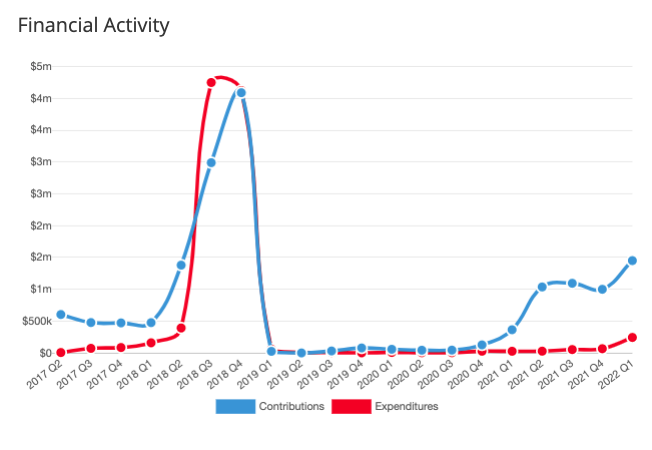 Moody reported $416,969 in expenditures, with 90.2 percent going to the 10 payees topping this list. “Payees” are entities or individuals listed as the recipients of campaign expenditures, and may include vendors, campaign accounts, and transfers.

Contributions vary widely among officeholders in the same role. A number of factors, including whether the position is appointed or elected, can influence donor activity. Here is how Moody’s donations compare to the 10 other attorney generals with campaign finance data available from Transparency USA in 2022: