In Wisconsin, Gov. Tony Evers is the number one fundraiser in state politics in the 2022 election cycle so far. According to campaign finance reports made to the Wisconsin Ethics Commission, the governor received $26,110,543 in total contributions and spent $23,324,064 between January 1, 2021 and August 31, 2022. Evers is running for re-election in 2022.

Gov. Evers is a member of the Democratic Party and first assumed office in 2019.

On the expenditures side, Gov. Evers reported $23.3 million, with 24.7 percent of all spending going to the 10 payees topping the list.

How Gov. Evers’s fundraising compares to other governors

Among elected officials holding the same level of state office, fundraising varies widely. A number of factors, including whether an incumbent officeholder is running for reelection, influence donor activity. Here is how fundraising by Wisconsin Gov. Evers compares to the 10 other governors with campaign finance data available from Transparency USA in 2022:

Fundraising reported by 11 U.S. governors in the 2022 election cycle 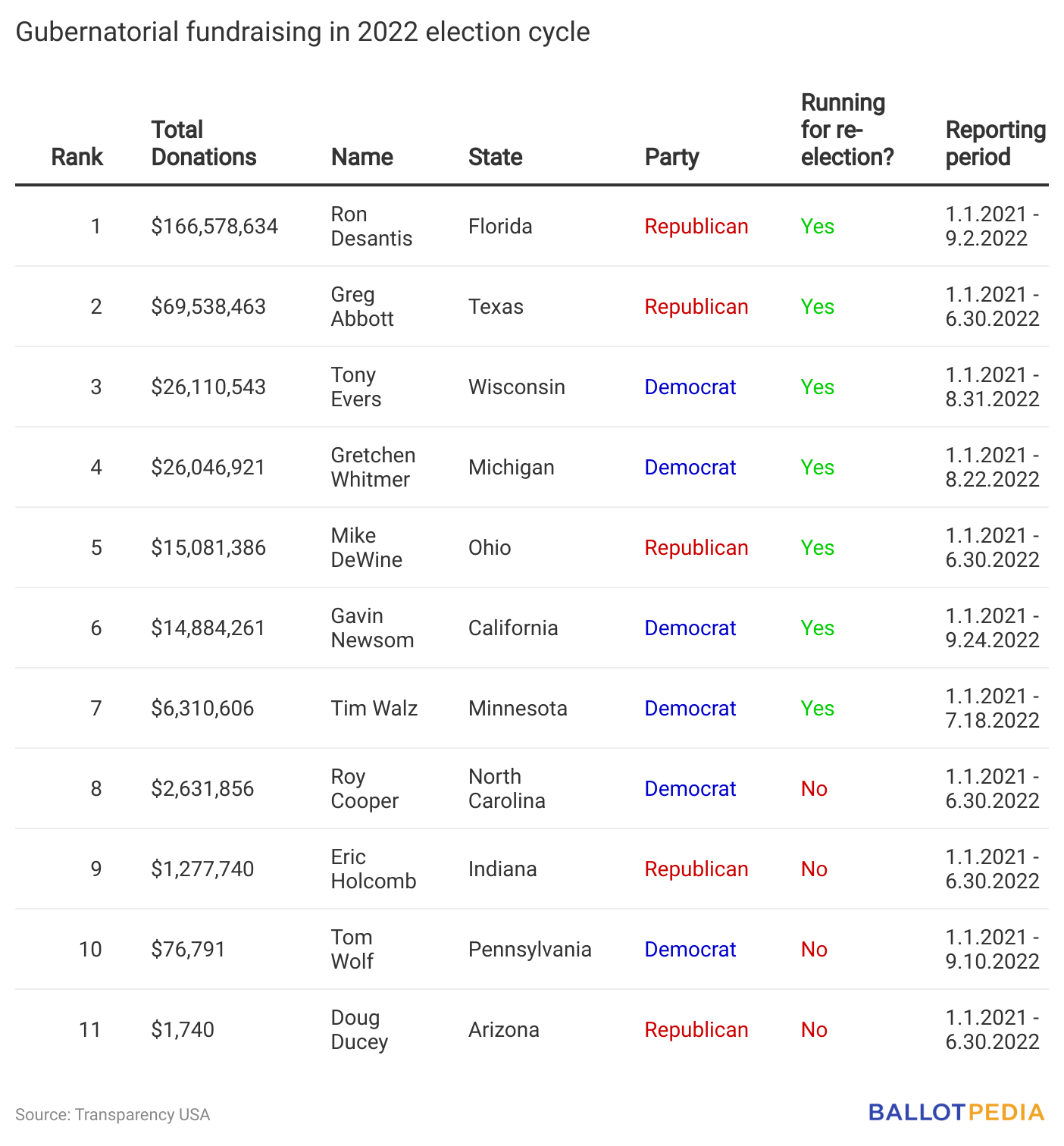