• On Dec. 7, Georgia Rep. Valencia Stovall announced that she was leaving the Democratic Party to join the Independent party. In a Facebook post, Stovall cited misleading, disruptive behavior from both parties during the Nov. 3, 2020 election as her reasons for switching.

Ballotpedia also identified two state legislators—David Tomassoni and Thomas Bakk—who switched their partisan affiliation In November. Both are Minnesota state senators who left the Democratic-Farmer-Labor Party to form an independent caucus. Both senators cited extreme partisanship at the national and state level and a desire to work across the aisle.

Since 1994, Ballotpedia has identified 131 legislators—37 state senators and 94 state representatives—who switched parties. Seventy-two switched from Democrat to Republican, 19 switched from Republican to Democrat, and the remainder switched to or from independent or other parties.

The map below shows the number of party switches by state. The most party switches took place in Mississippi, which had 15 state legislators switch parties since 1994. Thirteen Democrats switched to the Republican party, and two Democrats became independents.

Election officials have scheduled a special election for the District 14 seat in the Maine State Senate on March 9, 2021. The seat became vacant on December 2 after the state legislature elected Shenna Bellows (D) secretary of state. There is no primary, and the filing deadline is on January 8. 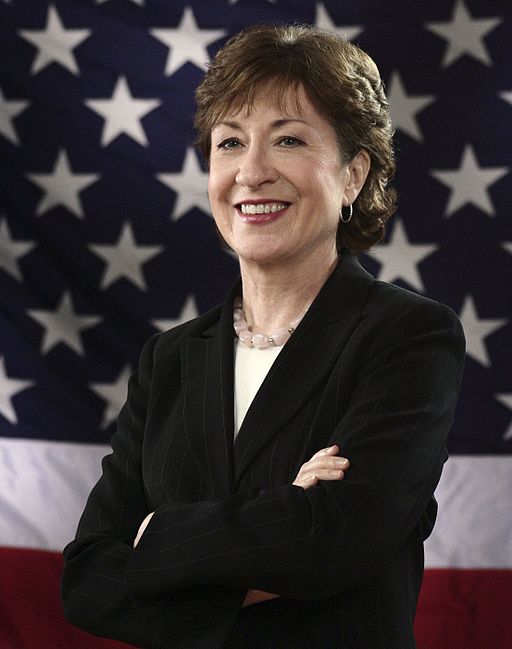 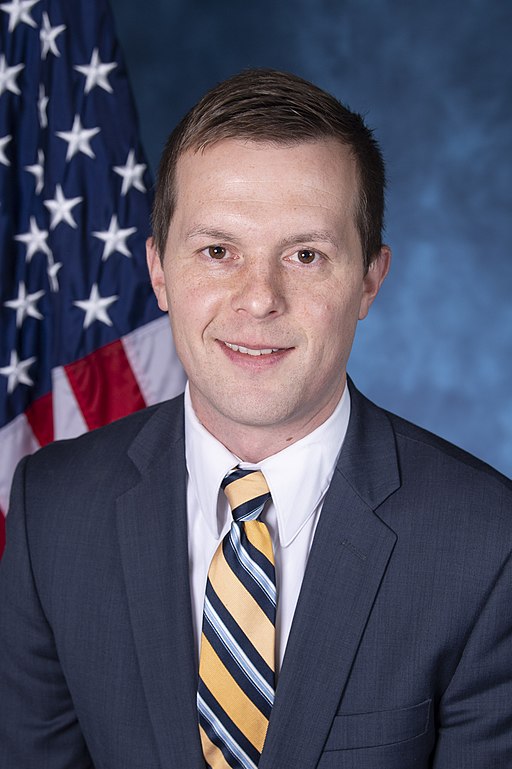 On September 8, Maine Secretary of State Matt Dunlap (D) announced that general election ballots will be printed with ranked-choice voting for president after the Maine Supreme Judicial Court stayed a lower court’s decision on a veto referendum. “Because of Federal deadlines regarding providing printed ballots to military and overseas citizens abroad, we must tell the printers to begin their work today,” said Dunlap.

On June 15, proponents of the veto referendum filed 72,512 signatures. At least 63,067 of the signatures needed to be valid. On July 15, Dunlap announced that his office found 61,334 signatures to be valid—1,733 signatures below the requirement. Dunlap later reinstated 809 signatures from the town of Turner, Maine. A successful signature drive would have suspended the law until voters decided the law’s fate, meaning ranked-choice voting would not have been used for the presidential election on November 3, 2020.

The Maine Constitution states that a “Circulator must appear on the voting list of the city, town or plantation of the circulator’s residence as qualified to vote for Governor….” According to Judge McKeon, Dunlap was wrong to interpret this constitutional language as requiring circulators to be registered to vote while collecting signatures. Instead, circulators being registered to vote at the time of signatures submission, regardless of whether the circulators were registered while collecting signatures, was sufficient. Due to McKeon’s ruling, the use of ranked-choice voting was effectively suspended for the presidential election.

Dunlap appealed the decision to the state Supreme Judicial Court, which stayed Judge McKeon’s decision. The Supreme Judicial Court has not yet decided the merits of the case. “Today’s ruling has the effect of leaving in place the original determination of the Secretary of State that the people’s veto effort did not have sufficient signatures…,” according to the secretary’s office.

On August 24, a Maine Superior Court ruled that voters will decide a veto referendum on a law that established ranked-choice voting (RCV) for presidential primaries and general elections. Maine was slated to use RCV for the presidential election on November 3, 2020. Since the veto referendum qualified for the ballot, however, the law is suspended until voters decide to either uphold or repeal it. Therefore, RCV will not be used to elect the president in Maine this year.

The Superior Court’s ruling came after Secretary of State Matt Dunlap (D) determined that not enough signatures were valid to place the referendum on the ballot. Judge Thomas McKeon disagreed with Dunlap’s interpretation of a constitutional provision, which states that circulators’ names must appear on voter registration rolls. Dunlap invalidated 988 signatures from two circulators, also known as signature gatherers, who were not registered to vote while collecting signatures. However, the two circulators were registered to vote when signatures were submitted to the state for review. According to Judge McKeon, a circulator being registered at the time of signature submission, rather than while collecting signatures, was sufficient to meet the constitutional requirement. Dunlap could appeal the court’s decision to the Maine Supreme Judicial Court.

In 2019, the Maine State Legislature passed the bill that expanded RCV to presidential elections. Gov. Janet Mills (D) held LD 1083 until 2020. By holding the bill until the next legislative session, LD 1083 did not go into effect until after the state’s presidential primary on March 3, 2020.

The Maine Republican Party is backing the veto referendum campaign, which is known as Repeal RCV. Through August 18, Repeal RCV had raised $706,410, including $639,430 from the Maine GOP and $50,000 from Gary Bahre and Robert Bahre. Demi Kouzounas, chairperson of the state GOP, is also chairperson of Repeal RCV.

The veto referendum would be the third RCV ballot measure in Maine since 2016. Voters approved Question 5, which established a first-in-the-nation statewide system of RCV, in 2016. In 2017, the legislature passed a bill that was written to postpone and repeal RCV unless the legislature referred and voters approved a constitutional amendment. The Committee for Ranked-Choice Voting, which sponsored Question 5, launched a veto referendum campaign to overturn LD 1646. On the ballot as Question 1, the veto referendum was approved with 53.9 percent of the vote. Therefore, LD 1646 was repealed and RCV remained in effect, except for general elections for state legislative and executive offices. The Committee for Ranked-Choice Voting is again seeking to preserve RCV and launched a PAC, which received $52,570 through August 18, to oppose this year’s referendum.

In November, voters in Alaska and Massachusetts will decide ballot measures to adopt RCV as well. Voters in Arkansas could also vote on a RCV measure, pending a judicial ruling.

On August 13, 2020, the Maine Supreme Court ruled in Avangrid Networks, Inc. v. Secretary of State that a ballot referendum scheduled to appear on the November 2020 ballot was an unconstitutional violation of state separation of powers principles. The judges held that the referendum did not meet the requirements of the state constitution for inclusion on the ballot because, in their words, “it exceeds the scope of the people’s legislative powers” under the Maine Constitution.

The referendum aimed to overturn a decision by the Maine Public Utilities Commission (PUC) to give a company permission to build a high-voltage power line to deliver electricity from Canada. The Maine Supreme Court argued that it had the power to review the constitutionality of the referendum before the November election to determine whether it would be a proper exercise of the people’s legislative authority.

While the legislature has the power to limit the legislative functions and authority of the PUC, the court ruled that it does not have the power to require the PUC to overturn and reverse a particular administrative decision that it had made. Since the ballot referendum process is an exercise of legislative power, the court held that the same limitation applies. Under the separation of powers provision contained in the Maine Constitution, no one in a particular branch of government may exercise the powers that belong to the other branches of government.

The court ruled that since the referendum did not propose legislation it should not appear on the November 2020 election ballot.

To learn more about the referendum and separation of powers, see here:
Additional reading:
Link to the Maine Supreme Court decision:

On August 13, the Maine Supreme Court blocked from the ballot a citizen initiative designed to reverse a certificate required for a transnational transmission line project. The court ruled that the measure violated the “procedural prerequisites for a direct initiative” found in the Maine Constitution. According to the Supreme Judicial Court, the Maine Constitution “requires that a citizens’ initiative constitute legislative action,” and the ballot initiative “exceeds the scope of the people’s legislative powers…”

The ballot initiative would have required the Maine Public Utilities Commission (PUC) to reverse an order made on May 3, 2019, that provided the New England Clean Energy Connect (NECEC) transmission project with one of the certificates needed before construction could begin. The NECEC transmission project was designed to cross about 145 miles in Maine, from the state’s border with Quebec to Lewiston, and transmit around 1,200 megawatts from Hydro-Québec’s hydroelectric plants in Quebec to electric utilities in Massachusetts and Maine.

Avangrid Network, Inc., the parent firm of Central Maine Power, sued Secretary of State Matthew Dunlap (D) on May 12, 2020. Avangrid argued the ballot initiative was not legislative in nature and instead was designed to exercise executive and judicial power. The Supreme Judicial Court agreed with Avangrid, stating that the ballot initiative would interfere with PUC’s executive power to make a decision—something that legislation, including citizen-initiated legislation, cannot do according to the ruling. According to the Supreme Judicial Court, the ballot initiative was “executive in nature, not legislative,” because legislation can define an agency’s functions and authority but cannot “vacate and reverse a particular administrative decision.”

Avangrid and Central Maine Power provided $10.60 million to the campaign against the ballot initiative. H.Q. Energy Services (U.S.) Inc., a subsidiary of Hydro-Québec, provided an additional $6.33 million. On July 29, 2020, 25 current and former state legislators sent a letter to Quebec Premier François Legault and Hydro-Québec CEO Sophie Brochu regarding “Hydro-Quebec’s political campaign aimed at influencing the outcome of a citizen-initiated ballot measure this November.” Hydro-Québec is a corporation owned by the government of Quebec, which, according to the legislators, gave the Quebec government and residents a “financial interest in the outcome of a Maine election.” Serge Abergel, the director of external relations for Hydro-Québec, responded that Hydro-Québec should be allowed to provide information to voters after spending years to obtain permits.