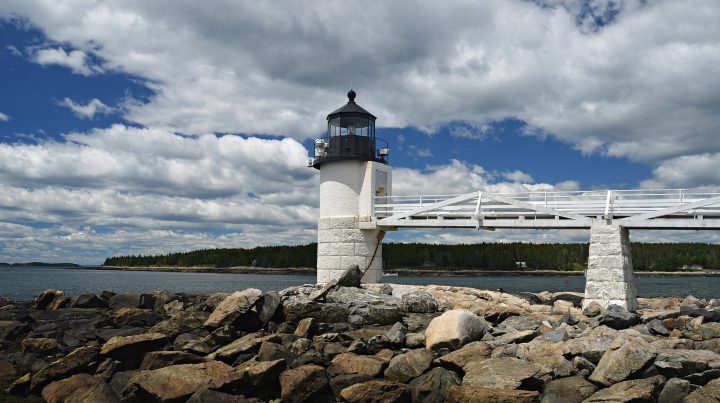 Adrienne Bennett and Eric Brakey conceded Maine’s 2nd Congressional District Republican primary to Dale Crafts. As of 4 p.m. Eastern Time on July 15, Crafts had received 44.7% of the vote. Bennett received 32.5%, and Brakey, 22.9%.
Since Maine uses ranked-choice voting, Crafts would have needed more than 50% of the vote to win on the first round of vote tabulation without the other candidates’ concessions. The race will advance to a second round of vote tabulation, where the votes of those who chose Brakey as their first-choice candidate will be redistributed to those voters’ second-choice candidates.
Crafts will face Jared Golden (D), who defeated incumbent Bruce Poliquin (R) in 2018. It was the first congressional election ever decided by ranked-choice voting.

Based on unofficial election night results, 75.5% of voters approved Maine Question 1, the High-Speed Internet Infrastructure Bond Issue, and 77.5% of voters approved Maine Question 2, the Transportation Infrastructure Bond Issue.
Maine Question 1 authorized $15 million in general obligation bonds for the ConnectME Authority to provide funding for high-speed internet infrastructure in unserved and underserved areas. As of March 2020, the ConnectME Authority defined unserved areas as places where broadband service is not offered and underserved areas as places where less than 20 percent of households have access to broadband service. Vote Yes on 1 for Better Internet led the campaign in support of Question 1. The campaign received $105,119.44 in contributions prior to the election.
Maine Question 2 authorized $105 million in general obligation bonds for transportation infrastructure projects, including:
• $90 million for highways, bridges, and MaineDOT’s Municipal Partnership Initiative (MPI) and
• $15 million for multimodal facilities and equipment related to transit, freight and passenger railroads, aviation, ports, harbors, marine transportation, and active transportation projects.
The bond revenue would be used to match an estimated $275 million in federal and other funds.
Rep. Drew Gattine (D-34) introduced the bond issues into the Maine State Legislature as Legislative Document 2134 (LD 2134) at the request of Gov. Janet Mills (D). Both chambers of the state legislature passed LD 2134 on March 17, 2020.
Voters of Maine cast ballots on 39 bond issues, totaling $1.43 billion ($1,427,925,000) in value, from January 1, 2007, through January 1, 2020. Voters approved 38 of 39 bond issues (97.4 percent) between 2007 and 2020. Maine had $543.40 million in debt from general obligation bonds on June 30, 2019. About $103.64 million of voter-approved bonds from prior elections had not yet been issued for projects as of June 30, 2019.
Additional reading:

Sara Gideon defeated Betsy Sweet and Bre Kidman in the Democratic primary for U.S. Senate in Maine. As of 11:15 a.m. Eastern Time on July 15, Gideon had received 70% of the vote followed by Sweet and Kidman with 23% and 7% of the vote, respectively, with 88% of precincts reporting.

The Democratic Senatorial Campaign Committee, Senate Democrats’ official campaign arm, endorsed Gideon. According to pre-primary campaign finance reports, she had raised $23,001,088, more than all but four other Senate candidates across the country so far in 2020.

Gideon will face incumbent U.S. Sen. Susan Collins (R) in the general election. Collins is one of two incumbent Republican senators running for re-election in a state that Hillary Clinton (D) won during the 2016 presidential election. Clinton received 48% of the vote in Maine to Donald Trump’s (R) 45%.

The statewide primary election for Maine is on July 14, 2020. The filing deadline passed on March 16. Candidates are running in elections for the following offices:

Maine’s primary election is the 31st to take place in the 2020 election cycle. The next primary is on August 4 in Arizona.

On June 29th, Cumberland County Superior Court Justice Thomas Warren decided not to remove a Maine ballot referendum from the November 2020 ballot that challenges a state agency decision to give permission to build a high-voltage power line. Opponents of the referendum argued in court that the ballot measure violates the separation of powers provision found in Article III of the Maine Constitution.
Warren ruled “that the lawsuit raises important questions about the separation of powers under the Maine Constitution but said the ‘substantive challenges to the validity of the proposed initiative may not be reviewed at this time,’” according to a report from _Associated Press_.
The opponents argued that the measure would be an exercise of executive authority by reversing an agency order and of judicial authority by overturning a related court decision. They claim that Maine’s constitutional referendum provisions do not give the people of the state authority to exercise the powers of those branches of government.
According to Article IV of the Maine Constitution, citizens may exercise the legislative power through direct initiative. A company associated with the power line project argued that this particular initiative goes beyond an exercise of legislative authority by the people because “it would enact no law, would repeal no law, and would amend no law.”
In its report, Associated Press said, “Maine Secretary of State Matthew Dunlap agrees on the constitutional issue but proposed keeping the matter on the ballot as an advisory referendum.”
Additional reading:

The Maine Republican Party led the signature-gathering efforts for the veto referendum. Demi Kouzounas, chairperson of the Maine Republican Party, filed the veto referendum on February 3, 2020. Proponents needed to collect 63,067 valid signatures. The office of Maine Secretary of State Matthew Dunlap announced that proponents reported filing 68,000 signatures. Dunlap’s office has 30 days (from June 15) to review the signatures. The measure would appear on the November ballot.

A successful signature drive would suspend the law until voters decide the law’s fate, meaning ranked-choice voting would not be used for the presidential election on November 3, 2020.

LD 1803 was passed by the legislature on August 26, 2019. Gov. Janet Mills (D) said she would hold LD 1083 until the following year. By holding the bill until the next legislative session, LD 1083 did not go into effect until after the state’s presidential primary election on March 3, 2020. 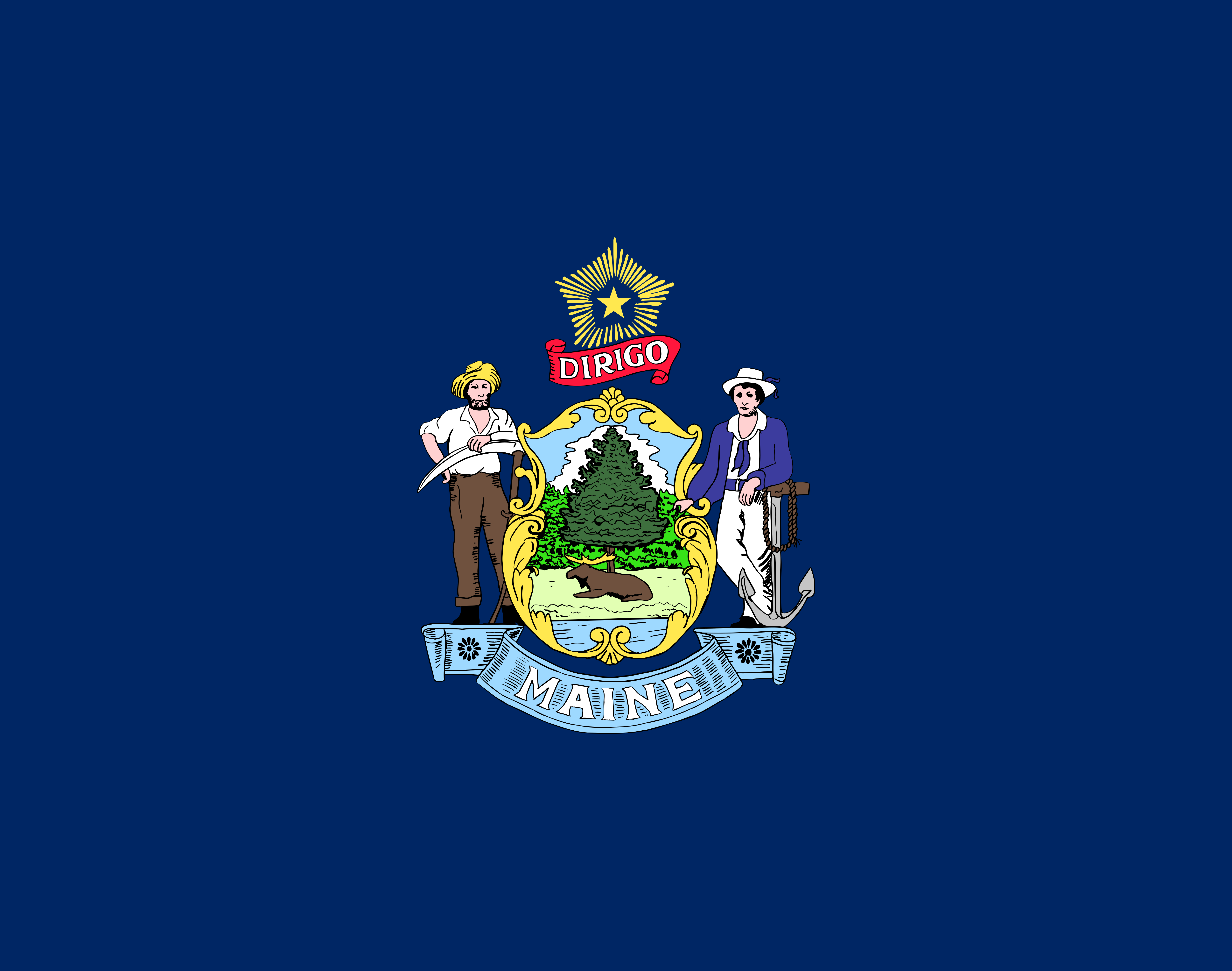 Opponents of the electricity project gathered enough signatures to put the ballot initiative before voters during the November 3 election but Avangrid argued that the initiative is unconstitutional.

According to Article IV of the Maine Constitution, citizens may exercise the legislative power through direct initiative. Avangrid argued that this particular initiative goes beyond an exercise of legislative authority by the people because “it would enact no law, would repeal no law, and would amend no law.” Instead of changing how the agency awards Certificates of Public Convenience and Necessity (CPCN), the ballot initiative would reverse a single PUC order granting a CPNC for the electricity project.

Avangrid argued that letting the ballot initiative move forward would violate the separation of powers provision found in Article III of the Maine Constitution. The company stated that the initiative would exercise executive authority by reversing an agency order and judicial authority by overturning a related court decision.

At a press conference Tuesday afternoon, Maine Governor Janet Mills announced that she was extending the state’s stay-at-home order through May 31. The new order, which Mills called a “Stay Safer at Home Order,” relaxes restrictions on some businesses as part of the first stage of the state’s new reopening plan. Gatherings with more than 10 people are still prohibited, but beginning May 1, some businesses, such a barbershops, drive-in movie theaters, and auto dealers, can reopen with restrictions. Most state parks will reopen, according to Mills, and church services will be allowed to recommence, so long as they are drive-in, stay-in-your-vehicle services.

The reopening plan gradually relaxes restrictions on individuals and businesses over the course of four stages. The timeline, according to Mills, is flexible and dependent on COVID-19 trends and hospitalization rates. The second stage of the plan is tentatively slated to begin on June 1. The third stage is tentatively slated to begin July 1. There is no date associated with the fourth stage.

The order goes into effect on Thursday.

Chief justice Leigh Ingalls Saufley of the Maine State Supreme Court resigned April 14. She stepped down to take a new position as the dean of the University of Maine School of Law, her alma mater.

Justices on the Maine Supreme Judicial Court are appointed by the governor and confirmed by the Maine State Senate. In 2020, there have been 11 supreme court vacancies in eight of the 29 states where replacement justices are appointed instead of elected, all due to retirements.