Connecticut state Senator Alex Kasser (D) resigned from the legislature on June 22. Kasser, who represented District 36, cited her ongoing divorce proceedings as the reason for her resignation.

In a statement, Kasser said, “It is with deep sadness that I announce my resignation as State Senator. Serving the residents of Connecticut’s 36th Senate district has been a profound honor and a great joy. However, due to personal circumstances, I cannot continue.”

Kasser was first elected to the state Senate in 2018, defeating incumbent Scott Frantz (R), 50% to 49%. She won re-election in 2020, defeating challenger Ryan Fazio (R), 51% to 49%. Before entering politics, Kasser worked as the chair of Mount Sinai Children’s Environmental Health Center and as the director of Greening Our Children. She also founded The Parity Partnership, a non-profit organization that works to achieve equality for women in business.

Ballotpedia has identified 57 vacancies in state legislatures in 2021. Twenty-eight of these vacancies were in seats previously held by Democrats, and 29 were in seats held by Republicans. Thirty-nine of the vacancies have been filled. 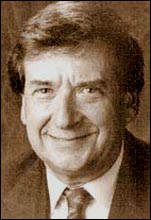 New Jersey Sen. Gerald Cardinale (R) passed away on Feb. 20, after being hospitalized with an illness unrelated to COVID-19. The second-longest-serving New Jersey legislator, Cardinale was first elected to Senate District 39 in 1981, serving until his death. Prior to joining the state Senate, Cardinale was a member of the New Jersey General Assembly from 1980 to 1982.

During his Senate tenure, Cardinale served as deputy majority leader (1994-2001), majority whip (1992-1993), assistant minority leader (1987-1989), and minority whip (1985-1986). He was also a district-level delegate to the 2016 Republican National Convention from New Jersey. Cardinale was one of 51 delegates from New Jersey bound by state party rules to support Donald Trump at the convention.

If there is a vacancy in the New Jersey Legislature, the vacancy will be filled by an interim appointment by the county leadership of the political party that holds the seat. The office will be on the ballot in the next general election unless the vacancy occurs within 51 days of the election. If that is the case, the appointment would stand until the following general election. This is not the case for Cardinale’s seat, which will be up for election in November 2021.

On Feb. 18, Arkansas state Senator Jim Hendren announced he was leaving the Republican Party to become an independent. According to a statement issued by his organization, Common Ground AR, Hendren said, “This comes after many sleepless nights; a lot of serious consideration; and it comes with sadness and disappointment. But it’s clear-eyed. I’m making this decision because my commitment to our state and our country is greater than loyalty to any political party.”

Hendren was first elected to the Arkansas state Senate District 2 as a Republican on Nov. 6, 2012. He was an at-large delegate to the 2016 Republican National Convention from Arkansas, and was one of nine delegates from Arkansas bound by state party rules to support Marco Rubio at the convention. Hendren also served as state Senate president pro tempore from 2019 to 2021.

As of Feb. 19, six current or former officeholders have switched parties in 2021. Brian Boquist (I-Oregon), Phelps Anderson (I-New Mexico), and Hendren switched from Republican to independent, Vernon Jones (R-Georgia) switched from Democratic to Republican, and Aaron Coleman (D-Kansas) and Brittney Barreras (D-New Mexico) switched from independent to Democratic (Coleman briefly left the Democratic Party to become an independent in January 2021 before switching back at the end of the month). Of the six, two are members of state Senates (Boquist and Hendren), three are members of state Houses (Coleman, Barreras, and Anderson), and one was a member of a state House (Vernon Jones).

The map below shows the number of party switches by state. The most party switches took place in Mississippi, which had 15 state legislators switch parties since 1994. Thirteen Democrats switched to the Republican party and two Democrats became independents. 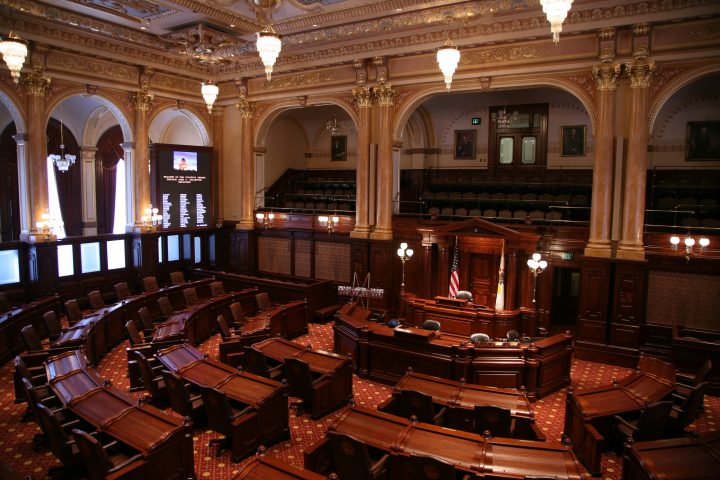 Steans ran uncontested for re-election on Nov. 3, 2020. According to ABC 7, Steans said she was resigning because “it’s time for fresh faces and new energy…I’ve benefited tremendously from the many perspectives of the people I’ve represented. We’ve made great progress together, and now it’s time to pass the baton.”

If there is a vacancy in the Senate, the Illinois Constitution mandates that the seat must be filled by appointment within 30 days after the vacancy. If a vacancy by a member of the Senate has more than 28 months remaining in the term, the appointment is interim until the next general election and in this case, a special election must be held to fill the balance of the unserved term. All other Senate vacancies should be made by appointment with the person appointed being a member of the same political party that last held the seat. The vacancy must be filled by the respective party organizations covering the legislative district. 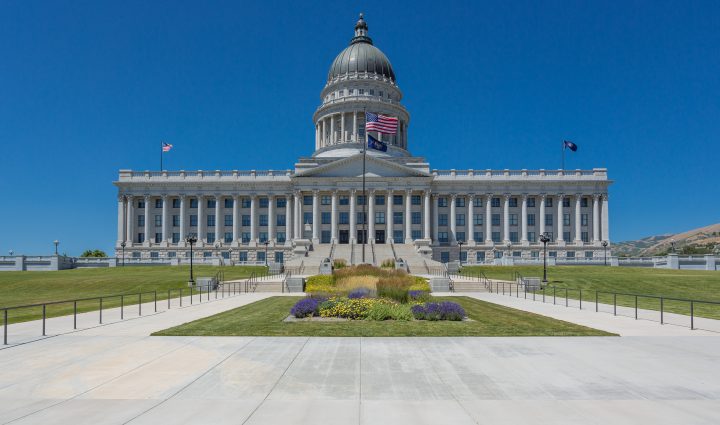 On Jan. 5, Mike Kennedy (R) was sworn in as a member of the Utah State Senate. Kennedy won a special election on Dec. 29, 2020, to fill the seat vacated by former Sen. Daniel Hemmert (R). Hemmert resigned to take a job as the executive director of the Governor’s Office of Economic Development under newly elected Gov. Spencer Cox (R).

Kennedy previously served in the Utah House of Representatives, representing District 27 from 2013 to 2018. He left the legislature to mount an unsuccessful campaign against Sen. Mitt Romney (R) in the 2018 Republican U.S. Senate primary.

The Utah Senate is the upper chamber of the Utah Legislature. With Kennedy filling Hemmert’s seat, the current partisan breakdown of the senate is 23 Republicans and six Democrats.