What rule changes is the federal government proposing for charter schools?

The Wall Street Journal Editorial Board wrote that the Biden Administration’s proposed charter school regulations would benefit teachers’ unions at the expense of students. The board says the new restrictions would discourage charter schools from applying for federal grants and limit school choice.

“President Joe Biden is taking steps to ensure that federal education funding will not be squandered on unneeded, mismanaged schools and the operators wanting to profit off of taxpayers. But these efforts are being opposed by the powerful charter school lobby, which has enjoyed a privileged status in the U.S. Department of Education, granting charter operators exclusive access to an annually renewable grant program established under the government’s Charter School Program, or CSP. … Given that the number-one reason charters close is due to financial problems—typically caused by a school’s inability to enroll enough students—it makes sense that any effort to grow charters should be based on some analysis that shows the school will be viable. Because poor management is the second-most frequent cause of charter school closures, partnering charters with the expertise of local educators can provide helpful oversight. … Charter school industry lobbyists have responded to these proposals with a campaign of hyperbolic misinformation.”

A Case of Charter School Sabotage | The Editorial Board, Wall Street Journal

“The Biden Administration is deep in the tank for the teachers unions, and it is proving it again by imposing new rules to sabotage a modest $440 million grant program for charter schools.

The 28-year-old federal Charter Schools Program helps pay for charter start-up expenses such as technology and staff. The funds go chiefly to state agencies, which award the money to charters, and to nonprofit charter management organizations. The federal Department of Education recently proposed new rules that would discourage charters from even applying for grants—which may be the goal. … States and local school districts are the main regulators and funders of charters, which are public schools. But the Administration is trying to leverage federal dollars to limit school choice and prop up failing union-run schools that received an incredible $200 billion in Covid relief since 2020. After unions spent two pandemic years keeping public schools closed, while many charters and most private schools stayed open, this is an educational and moral disgrace.”

According to the Essex County Clerk’s Office, 80/95 precincts were reporting as of the last update on April 19. The three top vote-getters are bolded below. Results are preliminary.

The filing deadline is for an election that will occur on May 17.

The filing deadline is for primary elections in Florida that will occur on Aug. 23.

Click the links below to learn more about elections in each election.

For the 305 school board races we are covering whose filing deadlines have passed, an average of 2.37 candidates are running for each seat.

In school districts nationwide, parents, teachers, elected officials and others are debating what gets taught in public schools.

Here’s are two examples of the kinds of stories we’re tracking:

On April 15, the trustees of the Placentia-Yorba Linda Unified School District in California voted 3-2 to pass a resolution prohibiting the teaching of critical race theory in schools.

The resolution states that the school district “supports efforts in education to promote equity, respect, diversity; celebrate the contributions of all; and encourage culturally relevant and inclusive teaching practices, but will not allow the use of Critical Race Theory as a framework to guide such efforts.”

School board member Leandra Blades voted in favor of the resolution, saying, “I do believe in teaching kids to think critically. But there are so many classes … there are so many things you could teach your kids at home. If you really are passionate about these subjects, then teach them.”

Jonathan Friedman, director of free expression and education at the literary advocacy group PEN America, said the proposal is “misguided and dangerous” in an open letter to the school district trustees. “By shutting off students from even being exposed to a particular academic framework analyzing race and racism, ideological bans like the one proposed by this Resolution essentially guarantee that these students will be worse-equipped to engage in societal conversations about race and racism in their lives,” Friedman wrote.

On March 4, voters in the Merrimack Valley School District, in New Hampshire, defeated a measure to ban the teaching of Critical Race Theory during the District’s annual meeting.

Voters were asked to vote on the following question: “ARTICLE VIII. Shall the School District prohibit the teaching or propagation of topics such as Critical Race Theory or any of its derivative philosophies, defined as any program that instructs that the United States, the State of New Hampshire, or any New Hampshire resident is inherently racist or intolerant, and direct the school’s curriculum to avoid any such discriminatory educational practices and modules? Further, shall the school board members, district administrators, and faculty be responsible and accountable for enforcing state law and this warrant to protect students from discriminatory educational practices and modules?”

A resident successfully circulated a petition to get the measure on the ballot.

According to the Concord Monitor’s Josh Morrill, “Many of the Merrimack Valley meeting-goers were in agreement that an outright ban was unnecessary, as Critical Race Theory is not currently part of the school district’s curriculum. However, they added trust needs to be given to teachers, who should be given the freedom to use their skills and training to prompt critical thinking within the curriculum.”

Morrill wrote, “The article was overwhelmingly voted down.”

Here’s how Moore responded to the question “What areas of public policy are you personally passionate about?” 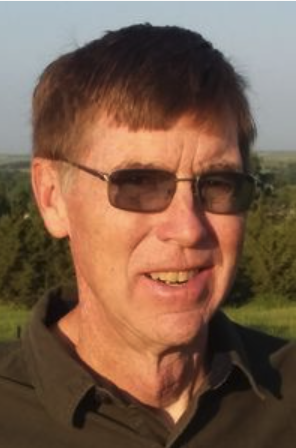 “I am conservative not only in finances, but in my Christian beliefs. I have worked against Comprehensive Sex Education since the 1990’s. I joined with other parents in 1996 and then chaired the board that created Faith Christian School of Kearney.

I see Critical Race Theory (CRT) as an offshoot of Critical Theory which seeks to designate some as oppressors and others as the oppressed. In its current form CRT is divisive and racist, and its concepts need to be removed from education in Nebraska and the US. Tax money for the education of Nebraska’s students should follow the students, possibly including vouchers, charter and private schools, as well as home schoolers. I am pro-life and care what happens to the children and youth of Nebraska in today’s culture.”

Click here to read the rest of Moore’s answers.

Here’s how Tegtmeier responded to the question “What areas of public policy are you personally passionate about?” 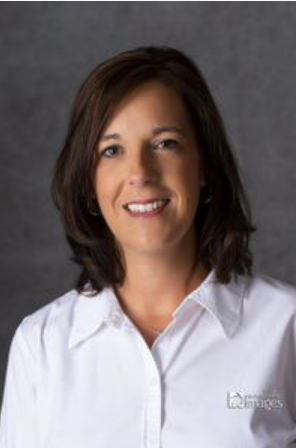 “I am passionate about providing our students and teachers with a learning environment that allows children to learn and develop in ways that will benefit the students in the future and are aligned with the values and direction of the parents. Education should equip our children with valuable thinking and evaluating skills (how to think rather than merely tell our students what to think).”

Click here to read the rest of Tegtmeier’s answers.