On the issues: The debate over the need for a state takeover of Boston Public Schools

State governments sometimes assume—or attempt to assume—control over local school districts when a district is not meeting certain requirements.

Leaders in Massachusetts are debating whether the state should place the Boston Public School District in the chronically underperforming category and under state receivership.

Below, Dan French, president of the board of Citizens for Public Schools, writes that even though Boston public schools do not perform well, state receivership would make the situation worse. French says the district is not failing as badly as critics claim, and he says leadership is moving in the right direction.

Jim Stergios, executive director for the Pioneer Institute, and Charles Chieppo, a senior fellow at the same organization, write that the Boston Public School District is failing students and is incapable of reversing course on its own. They say the state needs to appoint a receiver-superintendent who can quickly make significant changes to improve the public school system.

“Boston Public Schools are doing better than critics claim. Steady progress has been made on several fronts. Since a low of 58 percent in 2007, the graduation rate has steadily increased to 79 percent in 2021. The percent of 9th graders passing all courses, correlated to on-time graduation and college enrollment, has steadily increased to 81.5 percent in 2020. While MCAS scores are lower than desired, student growth percentiles in English language arts and math hover around the state average. These gains have occurred while the district has become more diverse with students who need more resources to learn successfully. Since 2008, English learners have grown by 60 percent. Since 2015, high needs students have increased by 13 percent and economically disadvantaged students have increased by 44 percent. Just under half (48 percent) of all students speak a first language other than English.”

“A 2020 state review of BPS understandably gained little traction, as it was released on a Friday afternoon in March amid the initial wave of COVID-19 lockdowns. But it merits close attention in the wake of recent developments. The report is devastating. The size of the achievement gap between Black and White students widened and the performance of Latinos trails even further behind. More than 30 percent of the system’s students attend schools ranked in the bottom 10 percent statewide, and the state found no clear, consistent strategy for improving those schools. All this despite the fact that the district spends approximately $22,000 per student annually, according to data from the Boston Municipal Research Bureau. … Sadly, all this is nothing new for longtime observers of the BPS. In 2004-05, the state Office of Educational Quality and Accountability (EQA) published a highly critical 200-page report on BPS that identified many of the same systemic failures outlined in the 2020 report.”

The filing deadline is for an election that will occur on May 17.

The filing deadline is for primary elections in Florida that will occur on Aug. 23.

Click the links below to learn more about elections in each election.

For the 339 school board races we are covering whose filing deadlines have passed, an average of 2.42 candidates are running for each seat.

On April 25, the U.S. Supreme Court heard oral arguments in Kennedy v. Bremerton School District. The case concerns a high school football coach, Joseph Kennedy, who was placed on administrative leave for praying on field at the end of every game. At issue: religious expression at a public school and the Constitution’s establishment clause.

Summary: Joseph Kennedy was an assistant high school football coach with Bremerton School District (BSD) in Bremerton, Wash., from 2008 to 2015. At the end of football games, Kennedy would kneel at the 50 yard line and say a prayer. At first, Kennedy kneeled and prayed alone. Several games into his first season as a coach, some players asked if they could join him. Over time, Kennedy began giving motivational speeches that included prayer and religious content. According to Kennedy, he never required nor asked any student to pray or participate in any religious activity.

The school district told Kennedy his actions violated school board policy and required him to stop so as not to risk violating the Constitution’s Establishment Clause. Kennedy said he would not comply. The school district offered to accommodate Kennedy’s prayers by allowing him access to a private location in the school or athletic facilities, but Kennedy declined the offers and prayed on the field again after two more games. Kennedy was placed on administrative leave. Kennedy sued the school in U.S. district court for violating his right to free speech. The court ruled that the school district suspended Kennedy solely to avoid violating the establishment clause. The Ninth Circuit Court of Appeals upheld the judgment.

Click here to read a more detailed summary of the case’s background.

The Kennedy legal team presented two questions to the court:

According to SCOTUSblog’s Amy Howe:

“Kennedy and the school district disagree not only about the legal issues and their implications, but also about many of the facts, including exactly why Kennedy lost his job. Kennedy says he was fired for briefly and privately praying at midfield; Laser and the school district counter that he was suspended for ‘refusing to stop holding public prayers at the 50-yard line,’ which created both pressure for students to join him and ‘genuine safety concerns for students on the fields because of the spectacle that ensued from his media outreach on praying.’”

The Court is expected to issue a ruling on the case late this spring or early in the summer.

Today, we’re highlighting survey responses from the upcoming May 7 Lubbock Independent School District general elections in Texas. Three seats are up for election.

First up is Angelina Mojica, who is a candidate for the Lubbock Independent School District school board At-Large seat. Mojica, the only candidate to complete our survey, is one of three candidates in the race.  Incumbent Beth Bridges and Brian Carr are also running.

Next is Bethany Luna, a candidate for Lubbock Independent School District school board District 4 seat. Luna, who was the only candidate in the race to complete our survey, is running against incumbent Ryan Curry.

Here’s how Mojica responded to the question “What areas of public policy are you personally passionate about?” 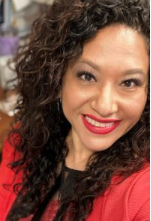 “My public policy that I am most passionate about is transparency in communication, advocacy for teachers, students, and parents, and networking of community resources. I would like to see more efficient methods of communication when giving information from top down.

I would like to advocate for the connection of community and schools to help initiate community support through the collaboration of resources for all Lubbock school districts. I would like to see the support of teachers, students, and parents through the resources provided helping mitigate stressors that will enable teachers to focus on their intended goal which is to provide a well balanced education.

Thus, I offer accessibility by ensuring that I will be available to LISD constituents and stakeholders by engaging in a routine schedule of communication that is in location and time most conducive to those we serve.”

Click here to read the rest of Mojica’s answers.

Here’s how Luna responded to the question “What areas of public policy are you personally passionate about?” 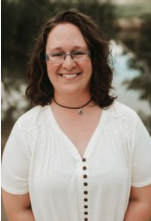 “I want to ensure equitable access across each school. I want more community engagement with parents, businesses, and universities. I am passionate about reducing redundant testing and success of teachers based on student performance measures. I want to ensure that our teachers have adequate support and we are being intentional to see each person as an individual and not only a statistic. That being said, I understand the business aspect and the importance of increasing student attendance and numbers within our district.”

Click here to read the rest of Luna’s answers.