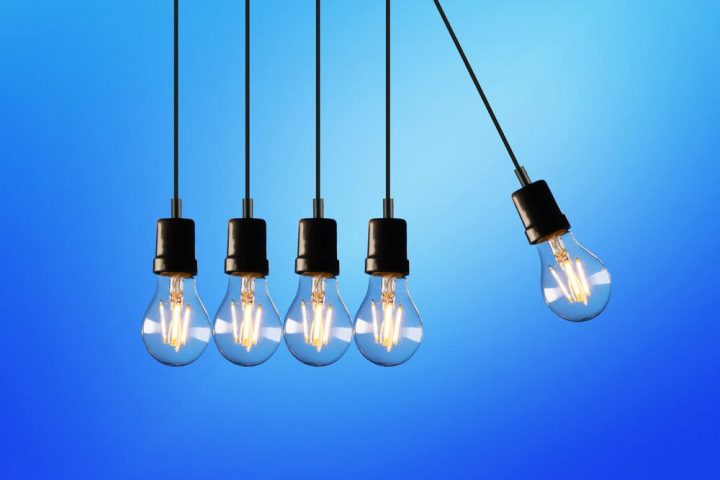 On May 20, 2021, the Senate Committee on Commerce, Science, and Transportation favorably reported by voice vote the nomination of Eric Lander for director of the Office of Science and Technology Policy (OSTP). Lander advances to the Senate for a confirmation vote.

President Joe Biden (D) elevated the office of the OSTP director to his Cabinet, marking the first time this position was made Cabinet-level.

Lander, a geneticist, molecular biologist, and mathematician, served on the President’s Council of Advisors on Science and Technology in the Obama administration from 2009 to 2017. He is the final announced Biden Cabinet nominee awaiting confirmation.

One other Cabinet position—director of the Office of Management and Budget—currently remains unfilled. Neera Tanden, Biden’s original nominee for the position, withdrew from consideration on Mar. 2 following bipartisan opposition to her nomination. Biden has not yet named a replacement nominee.

President Joe Biden (D) withdrew the nomination of Neera Tanden for director of the Office of Management and Budget on Tuesday after several senators, including Sen. Joe Manchin (D-W.V.), said they would vote against confirming her. This marks the first failed nomination of Biden’s administration.

Biden said in a statement, “I have accepted Neera Tanden’s request to withdraw her name from nomination for Director of the Office of Management and Budget. I have the utmost respect for her record of accomplishment, her experience and her counsel, and I look forward to having her serve in a role in my Administration. She will bring valuable perspective and insight to our work.”

In her withdrawal letter to Biden, Tanden said, “I appreciate how hard you and your team at the White House has worked to win my confirmation. Unfortunately, it now seems clear that there is no path forward to gain confirmation, and I do not want continued consideration of my nomination to be a distraction from your other priorities.”

The White House has not yet named a new nominee, although the following individuals are reportedly in consideration:

• Shalanda Young is a former staff director for the House Appropriations Committee. She had a confirmation hearing this week for her nomination for OMB deputy director.

• Gene Sperling was previously in consideration for the position. He was director of the National Economic Council in both the Clinton and Obama administration.

• Martha Coven was the associate director for Education, Income Maintenance, and Labor in the OMB during the Obama administration. She was also involved in Biden’s search committee for the OMB.

• Sarah Bianchi was a deputy assistant to the president for economic policy in the Obama administration and is a longtime Biden policy aide.

The Senate has confirmed 13 of Biden’s Cabinet nominees, including three earlier this week:

• Miguel Cardona for secretary of education (64-33)

Eight other nominees are awaiting committee or confirmation votes. Eric Lander, Biden’s nominee to lead the Office of Science and Technology Policy, is awaiting a confirmation hearing.

Four Republicans have supported all 13 of Biden’s nominees so far:

The following senators have voted against all or most of Biden’s nominees:

• Sen. Josh Hawley (R-Mo.) voted against 12 of the 13 nominees. The only nominee he supported was Rouse.

Sen. Bernie Sanders (I-Vt.) is the only Democrat or independent who caucuses with Democrats to vote against one of Biden’s nominees.

Senate confirmation votes are expected this week for two of President Joe Biden’s (D) Cabinet nominees: Tom Vilsack for secretary of agriculture on Feb. 23 and Linda Thomas-Greenfield for ambassador to the United Nations by Feb. 24.

Vilsack previously served as the secretary of agriculture for eight years in the Obama administration. He was unanimously confirmed by the Senate in 2009.

Thomas-Greenfield is a veteran diplomat who served in the U.S. Foreign Service for three decades. The Senate Foreign Relations Committee advanced her nomination by a vote of 18-4.

The following chart compares the pace of Senate confirmations for the main Cabinet members—the 15 agency heads in the presidential line of succession—following the inaugurations of President Donald Trump (R) and Biden. It does not include Cabinet-rank officials that vary by administration.

Nearly five weeks after their respective inaugurations, nine of Trump’s secretaries had been confirmed compared to six for Biden.

On Dec. 17, President-elect Joe Biden announced his picks for secretaries of energy and the interior, and administrator of the Environmental Protection Agency. These announcements leave five remaining Cabinet-level positions in the Biden administration without announced nominees.

Biden nominated former Michigan Gov. Jennifer Granholm (D) as Secretary of Energy. She served as governor from 2003 to 2011 and since has worked as an adjunct professor of law and public policy at the University of California-Berkeley, a senior advisor to The Pew Charitable Trusts’ Clean Energy Program, and a contributor on political talk shows.

Biden nominated U.S. Rep. Debra Haaland (D-N.M.) as Secretary of the Interior. An enrolled member of the Pueblo of Laguna, Haaland would be the first person of Native American descent to serve in this position. In the 116th Congress, Haaland served on the natural resources and armed services committees.

Biden nominated Michael Regan, North Carolina’s secretary of environmental quality, as administrator of the Environmental Protection Agency (EPA). Regan worked for the EPA under the Clinton and Bush administrations from 1998 to 2008. He would be the first Black man to serve in this position.

The U.S. Senate voted 49-44 on May 21 to confirm U.S. Rep. John Ratcliffe (R-TX) to the position of director of national intelligence (DNI). Ratcliffe will take over the role from the current acting DNI, Richard Grenell. Grenell is the second acting DNI to serve in an interim capacity since Dan Coats stepped down in August 2019.

Ratcliffe will be the sixth person to become DNI since the first appointee was sworn in in 2005. Four acting directors of national intelligence have also served in the role, three of them in the Trump administration.

In order to assume federal executive duties, Ratcliffe will need to resign from representing Texas’ 4th Congressional District in the U.S. House of Representatives. A spokesperson for Texas Gov. Greg Abbott (R) said that the governor would not call a special election to fill the vacancy caused by Ratcliffe’s resignation.

Ratcliffe ran unopposed in the March 3 Republican primary. Republican leaders in his district will meet in August to select the party’s nominee who will run in the general election.