Heading into the debate, Garcia topped an Emerson College poll of 570 likely voters conducted May 23-24 with 21% support in the first round and 55% support in the eleventh and final round of ranked-choice voting. The margin of error was 4.1%. Adams and Yang, who led in earlier polls, rounded out the final three.

Garcia’s performance in polling has improved following endorsements from The New York Times and the New York Daily News. Other recent key endorsements in the race include Rep. John Liu (D-N.Y.) for Yang, Rep. Katie Porter (D-Calif.) for Wiley, and Rep. Adriano Espaillat (D-N.Y.) for Adams.

Additional key spending in the race includes $500,000 from investor George Soros to a pro-Wiley super PAC and $1 million from oil executive John Hess to a pro-McGuire group.

The primary election will take place on June 22, 2021. It will be the first mayoral primary in New York City to use ranked-choice voting. Voters will be able to rank up to five candidates on their ballot in order of preference.

Incumbent Mayor Bill de Blasio (D) did not run for re-election because of term limits.

The filing deadline passed on May 21 to run for elected office in King County, Wash. Candidates filed for the following positions:

Eleven incumbents filed for re-election. Seattle Mayor Jenny Durkan announced in December 2020 that she would not run for re-election. Fifteen candidates are seeking to become Seattle’s next mayor, including M. Lorena González, who currently holds the Position 9 seat on the Seattle City Council.

State Rep. Edward Gainey (D) defeated incumbent Bill Peduto, Tony Moreno, and Michael Thompson in the May 18, 2021, Democratic primary for mayor of Pittsburgh, Pennsylvania. Gainey received 46.18% with 98% of precincts reporting as of May 19. Peduto received 39.29% of the vote, while Moreno and Thompson received 13.12% and 1.2% respectively.

No Republicans filed to run in the race. Unless a write-in candidate enters, Gainey will run unopposed in the general election on November 2, 2021.

Gainey was first elected to the Pennsylvania House of Representatives to represent District 24 in 2012. He was re-elected in 2014, 2016, 2018, and 2020. His campaign focused on what he called demilitarizing the police, building affordable housing, and pushing to revoke the University of Pittsburgh Medical Center’s (UPMC) nonprofit status to collect more in taxes. Gainey would be the first Black mayor of Pittsburgh.

Peduto was first elected mayor in 2013 and re-elected in 2017. Peduto’s campaign focused on policies he enacted as mayor, including mandatory de-escalation practices and implicit bias training for police officers and COVID-19 paid sick leave for Pittsburgh workers. Before becoming mayor, Peduto served on the Pittsburgh City Council, representing District 8 from 2002-2013.

Moreno, a military veteran and retired Pittsburgh police officer, campaigned on his experience in law enforcement, while Thompson, a math tutor and driver for Lyft and Uber, focused on affordable housing.

To learn more about the mayoral election in Pittsburgh, click here.

Unofficial results showed Stothert received 67% of the vote to Neary’s 33% at the time of his concession.

Stothert described her campaign for re-election as an effort to continue projects that had begun during her tenure such as the development of the city’s waterfront spaces along the Missouri River. Stothert also emphasized her expansion of the city’s police force and the passage of a bond package to fund road repairs.

Neary, a commercial real estate developer and former member of the Omaha Planning Board, called Omaha “a great city but one that struggles with racial inequities,” adding that he “envisions a more equal Omaha, with more and better affordable housing, and a more sustainable transportation system.”

If Stothert serves a full four-year term as mayor, she will become the longest-serving mayor in Omaha’s history. No mayor has served for more than nine consecutive years. Stothert has already served eight years as mayor.

The outcome of the Anchorage, Alaska, mayoral election remains unclear after preliminary results posted by the city showed Forrest Dunbar leading Dave Bronson with 50.8% of the vote. As of the posting, at least 6,600 ballots had not yet been counted, and mail-in ballots continued to arrive. Mail-in ballots postmarked no later than election day, May 11, will continue to be counted if they arrive by May 21. Overseas ballots must arrive by May 25.

Based on the over 78,000 ballots received so far, the voter turnout rate is at 30.5% of registered voters and already exceeds the 75,441 votes cast in the April 6 general election. The city’s highest recorded voter turnout was in the 2018 mayoral election in which 36.3% of registered voters cast 79,295 votes. If the race remains within the current margins, the city will conduct a recount. The candidates are currently separated by 0.16% of the vote, and Anchorage municipal code stipulates that an automatic recount be conducted for city elections in which a candidate wins by less than 0.5%.

The nonpartisan general election for Omaha, Neb., will be held on May 11. The top-two primary was held on April 6. Candidates will be competing for mayor and seven city council seats. On election day, the polls will be open from 8 a.m. to 8 p.m.

In the mayoral race, incumbent Jean Stothert and RJ Neary are facing off in the general election. Stothert is one of 26 Republican mayors across the country’s 100 largest cities. She was first elected in 2013, following Democratic control of the mayorship since 2001, and won re-election in 2017. She is Omaha’s longest-serving Republican mayor since 1906.

Neary is the chairman of Investors Realty, a commercial real estate investment company, and the former chairman of the Omaha Planning Board. During the primary, he received endorsements from the city’s three most recent Democratic mayors: Mike Fahey, Jim Suttle, and Mike Boyle.

Seven city council seats will also be on the May 11 ballot. District 3 incumbent Chris Jerram was the only city council member to not file for re-election in 2021. Five incumbents advanced past the primary election and will appear on the general election ballot. District 5 incumbent Colleen Brennan lost her re-election bid after placing fifth in the primary election.

*District 1: Incumbent Pete Festersen and Sarah Johnson are facing off in the general election. Festersen has served on the city council since 2009.

*District 2: Incumbent Ben Gray and Juanita Johnson will face off in the general election. Gray has represented District 2 since 2009.

*District 3: Danny Begley and Cammy Watkins are competing for this open seat. Incumbent Jerram announced in August 2020 that he would not seek a fourth term in 2021. He has represented District 3 on the city council since 2009.

*District 4: Incumbent Vinny Palermo and Rebecca Barrientos-Patlan will face off in the general election. Palermo has served on the city council since 2017.

*District 6: Incumbent Brinker Harding and Naomi Hattaway will face off in the general election. Harding has represented District 6 on the city council since 2017.

*District 7: Incumbent Aimee Melton and Sara Kohen are facing off in the general election. Melton has served on the city council since 2013.

Omaha is the 42nd largest city by population in the United States. In 2021, Ballotpedia is covering municipal elections in 22 counties and 71 cities, including 43 mayoral elections. 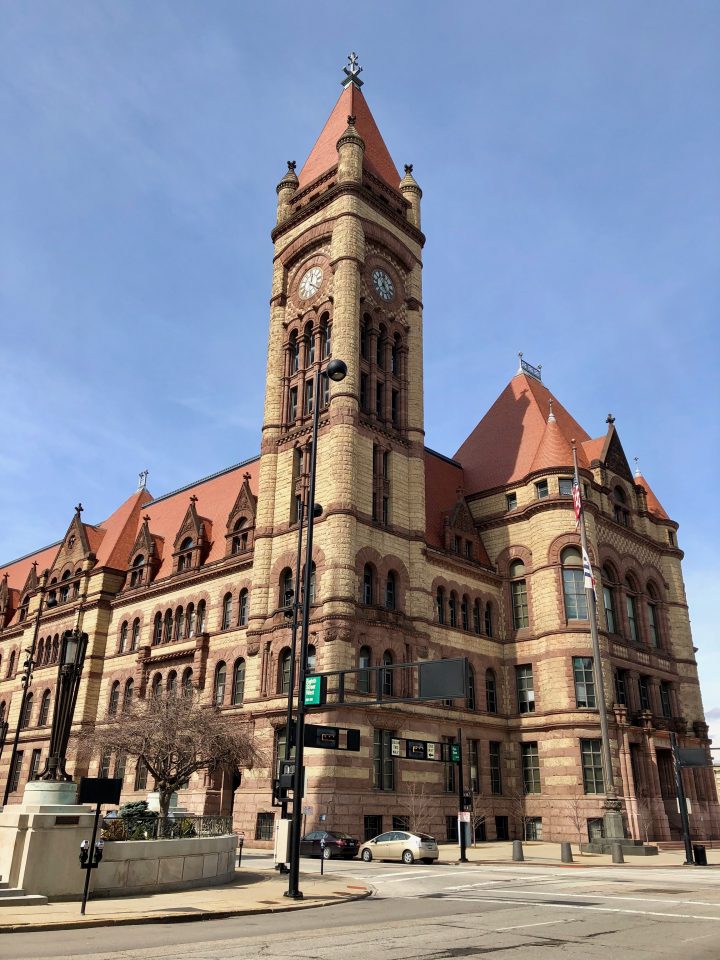 Hamilton County Clerk of Courts Aftab Pureval and councilman and former mayor David Mann advanced from the May 4 primary for mayor of Cincinnati. The two will meet in the general election on Nov. 2. The other four candidates in the primary election were Gavi Begtrup, Herman Najoli, Raffel Prophett, and Cecil Thomas.

Although the elections for and position of the mayor are officially nonpartisan, the candidates running were affiliated with political parties. Both Pureval and Mann are Democrats. The last Republican to serve as mayor was Willis Gradison, who left office in 1971.

Jim Ross and Michael Glaspie advanced to a runoff from the seven-candidate field in the general election for mayor of Arlington, Texas, on May 1, 2021. Ross received 47.9% of the vote and Glaspie received 21.3% of the vote. Marvin Sutton, the third-place finisher, received 15.1% of the vote. The runoff election will take place on June 5. According to pre-general campaign finance filings, Glaspie and Ross led in fundraising, raising $47,537 and $264,712, respectively as of April 23, 2021.

Incumbent Jeff Williams (R) could not seek re-election due to term limits, leaving the position open. Mayoral elections in Arlington are nonpartisan, meaning candidates appeared on the ballot without party affiliations.

Ross owns a law firm and a local restaurant. He previously worked as an officer with the Arlington Police Department and served on the board of directors for the Arlington Police Foundation. He received endorsements from Mayor Williams (R) and former Mayor Richard Greene. He was also endorsed by four of the city’s police unions.

Glaspie was a member of the Arlington School Board from 1991 to 2008. He represented at-large District 8 on the Arlington City Council from 2012 to 2019. When he left office due to term limits, Glaspie had been serving as Arlington’s mayor pro tempore. He received endorsements from former Mayor Elzie Odom and The Dallas Morning News.

Deborah Peoples and Mattie Parker advanced to a runoff from a 10-candidate field in the nonpartisan general election for mayor of Fort Worth, Texas, on May 1, 2021. Peoples received 33.6% of the vote and Parker received 30.8% of the vote. Brian Byrd, the third-place finisher, received 14.7% of the vote. The runoff election will take place on June 5.

Incumbent Mayor Betsy Price announced on January 5, 2021, that she would not run for re-election. Mayoral elections in Fort Worth are nonpartisan, meaning candidates appeared on the ballot without party affiliations.

Peoples is the Chair of the Tarrant County Democratic Party and previously worked as a business executive. She was endorsed by U.S. House Rep. Eddie Bernice Johnson (D), The Collective PAC, Grassroots Law Project, and Higher Heights PAC. As of April 21, she raised $286,180 and spent $238,351.

Parker is an educator and previously worked as the chief of staff for the Fort Worth Mayor and City Council. She was endorsed by Mayor Price, former Mayor Mike Moncrief, the Fort Worth Star-Telegram, and The Dallas Morning News. As of April 21, she raised $1,033,304 and spent $834,823.

Ann Zadeh, Daniel Caldwell, Mylene George, Mike Haynes, Cedric Kanyinda, Steve Penate, and Chris Rector also ran in the election. They made up the largest mayoral candidate field in at least a decade.