Tag for anything related to SCOTUS.

On April 20, the U.S. Supreme Court limited when people may challenge in court certain agency decisions related to patents. In _Thryv, Inc. v. Click-To-Call Technologies, LP_ the court ruled 7-2 that judges may not review decisions made by the Patent Trial and Appeal Board (PTAB) about whether the time limit had passed for challenging patents.

In her opinion, Ginsburg argued that the Leahy-Smith America Invents Act (AIA) prevents courts from reviewing whether the PTAB rightfully began _inter partes review_ (IPR). IPR allows a third party to both challenge a patent claim and request review of the challenge before the PTAB. Ginsburg cited U.S. Supreme Court precedent and the purpose of the AIA to support limiting judicial review.

Ginsburg also wrote that the language of the AIA limiting judicial review overcomes the general understanding that courts may review agency decisions. She concluded that allowing appeals of PTAB decisions to begin IPR would go against Congress’ reasons for creating IPR.

Justice Neil Gorsuch wrote a dissenting opinion, joined by Justice Sonia Sotomayor. Gorsuch argued that the decision brings the court closer to giving away core judicial powers to agency officials and to leaving the rights and liberties of private citizens to the mercy of bureaucrats.

Click here to learn more about the case or about judicial review.

On April 23, the Supreme Court of the United States (SCOTUS) issued rulings in three cases argued during its October Term 2019-2020.

1. Barton v. Barr, a case that concerned immigration law, originated from the U.S. Court of Appeals for the 11th Circuit and was argued on November 4, 2019.

2. County of Maui, Hawaii v. Hawaii Wildlife Fund, a case that concerned the Clean Water Act (CWA), originated from the 9th Circuit and was argued on November 6, 2019.

3. Romag Fasteners v. Fossil, a case that concerned trademark law, originated in the Federal Circuit and was argued on January 14, 2020. 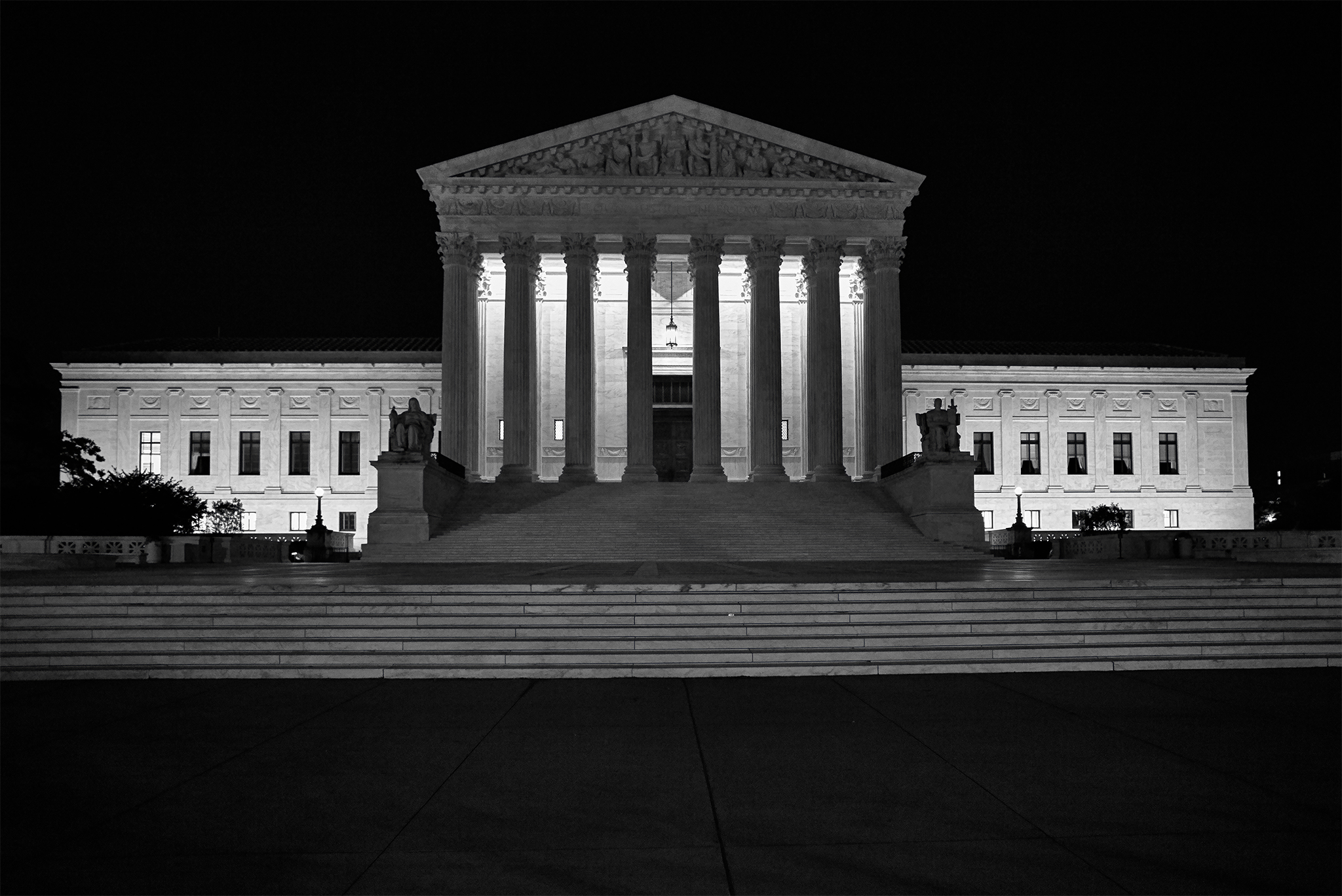 The U.S. Supreme Court issued decisions in three cases on April 20 during its October 2019 term.

1. Ramos v. Louisiana originated from the Louisiana 4th Circuit Court of Appeal and was argued on October 7, 2019. It concerned the right to a unanimous verdict in a jury trial.

2. Atlantic Richfield Co. v. Christian originated from the Montana Supreme Court and was argued on December 3, 2019. It concerned the Comprehensive Environmental Response, Compensation and Liability Act (CERCLA) of 1980.

3. Thryv, Inc. v. Click-To-Call Technologies, LP originated in the Federal Circuit and was argued before the court on December 9, 2019. It concerned judicial review of agency decisions. 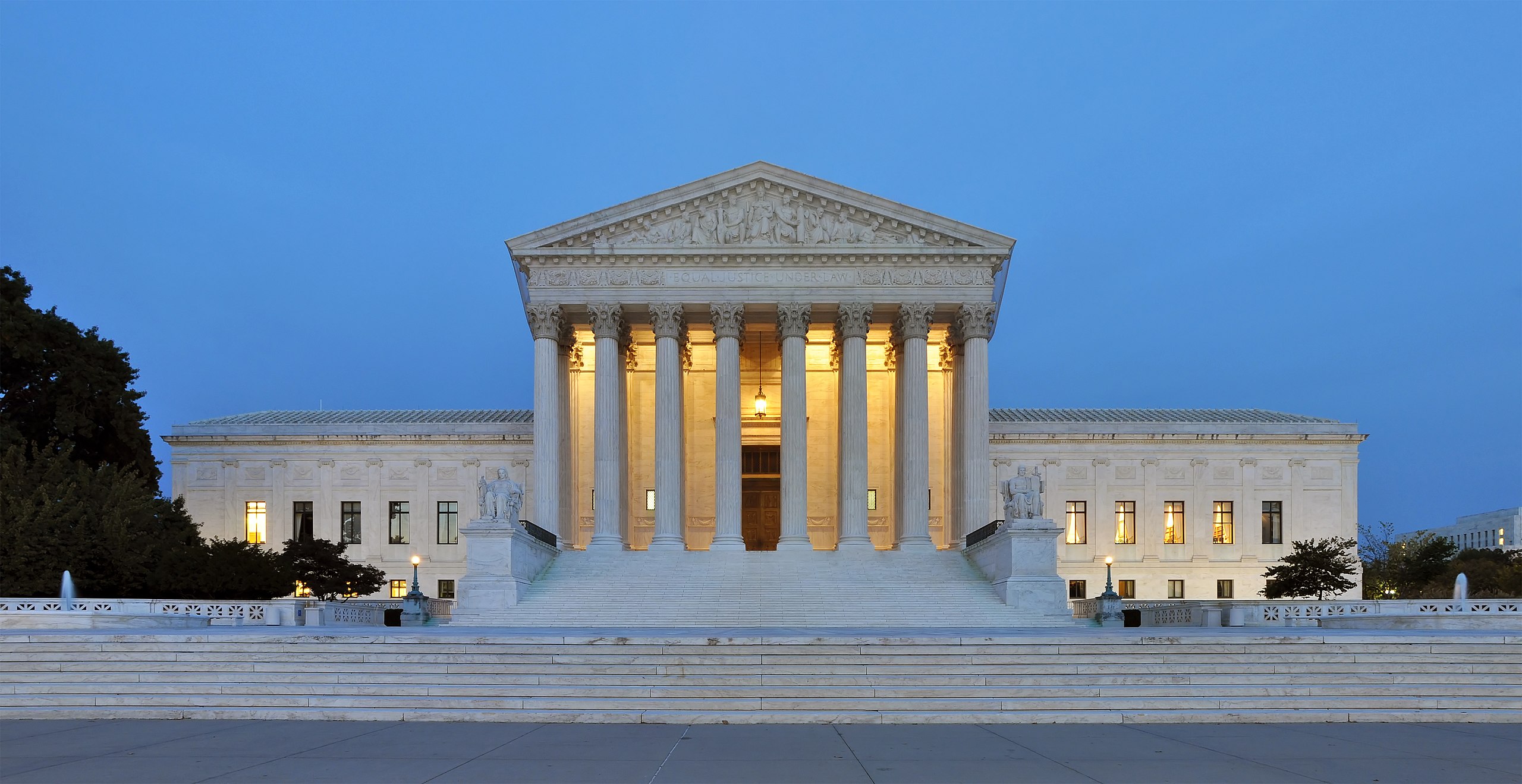 On April 20, the U.S. Supreme Court overturned an Oregon ballot measure from 1932 in its ruling on Ramos v. Louisiana. In 2016, Evangelisto Ramos was convicted of murder and sentenced to life imprisonment on a 10 to 12 jury verdict. He appealed his conviction to the Louisiana Fourth Circuit Court of Appeal, arguing his conviction by a non-unanimous jury violated his federal constitutional rights. The court of appeal affirmed Ramos’ conviction and sentence. The U.S. Supreme Court agreed to hear the case, and in a 6-3 decision, the Court held that “if the Sixth Amendment’s right to a jury trial requires a unanimous verdict to support a conviction in federal court, it requires no less in state court.”

In 1932, Oregon voters passed Measure 2, a legislatively referred constitutional amendment, with 58 percent of the vote. The measure allowed non-unanimous verdicts in all criminal trials, except first-degree murder trials. It also provided that in criminal trials any accused person, with the consent of the trial judge, may waive trial by a jury and consent in writing to be tried by the judge alone. In the published voting guide, state legislators in favor of the amendment argued that it would “prevent one or two jurors from controlling the verdict.”

Oregon and Louisiana were the last two states to allow non-unanimous verdicts. Between 1812 and 1898, the state of Louisiana required unanimous juries to convict persons for felonies in state criminal trials. In 1898, Louisiana held a state constitutional convention, which resulted in an amendment to allow 9-3 verdicts for serious felonies. In 1973, Louisiana held another state constitutional convention, which increased the requirement for non-unanimous verdicts from 9-3 to 10-2. In 2018, Louisiana voters approved Amendment 2 with 64 percent of the vote. It was a legislatively referred constitutional amendment that required the unanimous agreement of the jurors to convict people charged with felonies.

In its decision, the Supreme Court explained that the enactment of non-unanimous jury verdicts in Oregon and Louisiana was a product of racism. Writing the majority opinion for the Court, Justice Neil Gorsuch wrote, “Courts in both Louisiana and Oregon have frankly acknowledged that race was a motivating factor in the adoption of their States’ respective nonunanimity rules.”

Justices Samuel Alito, John Roberts, and Elena Kagan dissented. In his dissenting opinion, Alito argued against overturning precedent established by Apodaca v. Oregon (1972), which ruled that the Sixth Amendment required unanimous juries to convict persons in federal criminal trials but that the Fourteenth Amendment did not extend the requirement of unanimous juries to state criminal trials. He argued that overruling Apodaca would cause “a potential tsunami of litigation.” The Court’s majority acknowledged the potential number of cases challenging non-unanimous jury verdicts but determined that it did not justify withholding the Sixth Amendment’s protections to state criminal trials.

The U.S. Supreme Court has released its May argument calendar for the 2019-2020 term. The court will hear nine hours of oral argument in 13 cases between May 4 and May 13. The cases were originally scheduled for the court’s March and April sittings. Those sittings were postponed “in keeping with public health precautions recommended in response to COVID-19.” The U.S. Supreme Court closed to the public indefinitely since March 12.
The arguments will be heard via telephone conference and live streamed to the public. This will be the first time the court has heard oral arguments via teleconference and the first time it will live stream argument audio in its history.
The court agreed to hear 73 cases during its 2019-2020 term. Thirteen of those cases have yet to be scheduled. As of April 16, decisions in 20 have been issued. Between 2007 and 2018, SCOTUS released opinions in 850 cases, averaging between 70 and 90 cases per year.
May 4, 2020
May 5, 2020
May 6, 2020
May 11, 2020
May 12, 2020
May 13, 2020
Additional reading:
Political responses to the coronavirus (COVID-19) pandemic, 2020
History of the Supreme Court
Supreme Court of the United States

The Supreme Court of the United States announced it would hear arguments in May virtually for 13 cases that had been postponed from the March and April sittings. The court said that live audio of the arguments would be available to the public for the first time in court history.

The 13 cases include several that were deemed to be time-sensitive by the court, including a pair of cases that deal with electoral college delegates and two that relate to the release of President Donald Trump’s financial documents.

The case Babb v. Wilkie came on a writ of certiorari to the U.S. Court of Appeals for the 11th Circuit and was argued before SCOTUS on January 15, 2020. The case concerned the federal-sector provision (§633a(a)) of the Age Discrimination in Employment Act (ADEA) of 1967.

The issue: Whether the federal-sector provision of the Age Discrimination in Employment Act of 1967, which provides that personnel actions affecting agency employees aged 40 years or older shall be made free from any “discrimination based on age,” 29 U.S.C. §633a(a), requires a plaintiff to prove that age was a but-for cause of the challenged personnel action.

The outcome: In an 8-1 ruling, SCOTUS reversed and remanded the 11th Circuit’s decision, holding the plain meaning of §633a(a) “indicates that the statute does not require proof that an employment decision would have turned out differently if age had not been taken into account.” Justice Samuel Alito wrote in the opinion, “If age is a factor in an employment decision, the statute has been violated.”

The case Kansas v. Glover came on a writ of certiorari to the Kansas Supreme Court and was argued before the U.S. Supreme Court on November 4, 2019. The case concerned the Fourth Amendment and the evidence needed by a police officer to make an investigatory stop.

The issue: Whether, for purposes of an investigative stop under the Fourth Amendment, it is reasonable for an officer to suspect that the registered owner of a vehicle is the one driving the vehicle absent any information to the contrary.

The outcome: The court reversed and remanded the Kansas Supreme Court’s decision in an 8-1 ruling, holding that when an officer lacks information negating an inference that the vehicle’s owner is driving the vehicle, an investigative traffic stop made after running a vehicle’s license plate and learning that the registered owner’s driver’s license has been revoked is reasonable under the Fourth Amendment.

On March 23, the U.S. Supreme Court ruled 7-2 in Guerrero-Lasprilla v. Barr that lower courts may review how immigration agencies applied the law in certain deportation cases. The court consolidated this case with Ovalles v. Barr, which posed the same question.

The court ruled that deciding whether a deportee diligently pursued immigration officials to reopen his or her case was a _question of law_. Congress limited judicial review of agency decisions to deport people when the person deported has committed certain crimes. The U.S. Supreme Court held that the question of law at issue in this case fell outside those congressional limits.

In 1998, Pedro Pablo Guerrero-Lasprilla, a Colombian national living in the United States, was deported after being convicted of aggravated felonies. In 2016, he asked to reopen his removal proceedings. An immigration judge denied Guerrero-Lasprilla’s petition on the grounds that it was untimely. Later, the 5th Circuit Court of Appeals dismissed the petition, saying that it lacked jurisdiction to decide the case.

Ruben Ovalles, a native and citizen of the Dominican Republic, entered the United States in 1985 as a lawful permanent resident. In 2004, he was deported as an aggravated felon. In 2007, Ovalles filed a motion to reopen his removal proceedings. The Board of Immigration Appeals (BIA) denied the motion. On appeal, the 5th Circuit upheld the BIA’s motion. In 2016, Ovalles filed a second motion to reopen his removal proceedings. The BIA and the 5th Circuit again denied Ovalles’ petition.

Justice Clarence Thomas wrote a dissenting opinion, joined in part by Justice Samuel Alito. Thomas argued that the majority expanded the scope of judicial review beyond the textual and structural boundaries set by Congress.

The U.S. Supreme Court announced it was postponing the eight hours of oral arguments originally scheduled during its April sitting (April 20-22; April 27-29). In a press release, the court said the delay was “in keeping with public health guidance in response to COVID-19.” The court had previously postponed the 11 hours of oral argument scheduled for its March sitting (March 23-25; March 30-April 1). The court has been indefinitely closed to the public since March 12.

The court noted in a statement that it would “consider rescheduling some cases from the March and April sessions before the end of the Term, if circumstances permit in light of public health and safety guidance at that time.” Otherwise, the court continues to conduct business, including releasing opinions using the court website, holding regularly scheduled conferences, and issuing order lists.

The court has heard arguments in 59 of the 73 cases it accepted to hear this term. As of April 3, the court had issued decisions in 18 cases and dismissed one case without a decision this term.