Candidates interested in running in the special election for Arkansas State Senate District 7 had until Nov. 22 to file. The primaries are scheduled for Dec. 14, and the general election is set for Feb. 8.

The special election was called after Lance Eads (R) left office to assume another position on Oct. 28. Eads served from 2017 to 2021. Eads also served as a member of the Arkansas House of Representatives from 2015 to 2017.

The District 7 special election was the first special legislative election called for 2022 in Arkansas.

The seat became vacant on Oct. 28 after Lance Eads (R) resigned to accept a position with Capitol Consulting Firm. Eads held the office from 2017 to 2021. Prior to becoming a member of the Arkansas Senate, Eads represented District 88 in the Arkansas House of Representatives from 2015 to 2017.

The Feb. 8 election will mark the first state legislative special election scheduled in Arkansas for 2022. 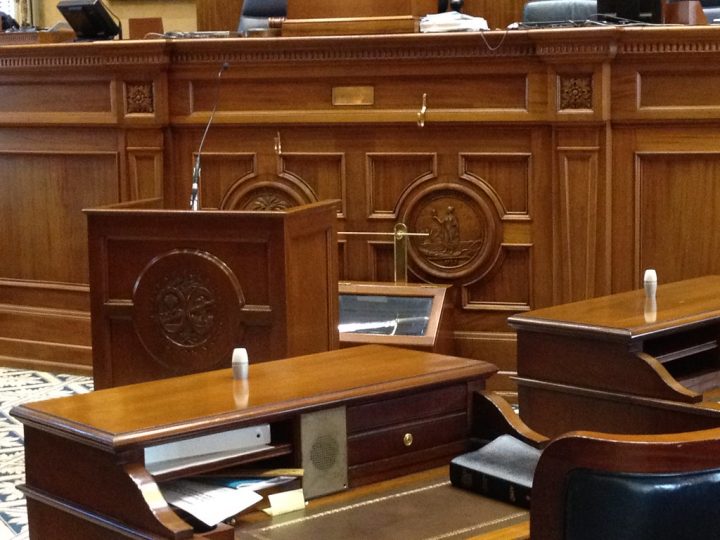 At least 16 states progressed in either proposing, advancing, or enacting new congressional and state legislative districts maps as part of the 2020 redistricting cycle between Nov. 10 and Nov. 17, 2021.

California: On Nov. 10, five days before its deadline, the California Citizens Redistricting Commission released its first draft maps of the state’s Assembly, Senate, congressional, and Board of Equalization districts. The release of these drafts began a two-week moratorium, during which time the commission may not display any other new maps for public comment.

The commission will continue to hold meetings and line drawing sessions and may release new draft maps towards the end of November or in December. The commission has until Dec. 23 to display its final maps, which must be delivered to the secretary of state by Dec. 27.

This is the second redistricting cycle California has utilized a non-politician commission for redistricting. Voters in the state approved a ballot measure in 2008 creating the 14-person commission made up of five Democrats, five Republicans, and four members who are unaffiliated with either major party.

The House and Senate Committees on Reapportionment are holding interim meetings throughout the fall with the redistricting process set to officially begin at the start of the next legislative session on Jan. 11, 2022.

Tennessee: On Nov. 15, Democratic lawmakers released a congressional redistricting plan. Republican lawmakers have not yet released any proposed maps. Scott Golden, chairman of the Tennessee GOP, said the pace was normal and that legislation would most likely be released in January 2022.

Democratic lawmakers said the proposals were partisan gerrymanders. State Rep. Bee Nguyen (D) said, “We are a 50-50 state … This map creates a 60-40 split with the advantage given to the Republican Party for the next 10 years.” Republican lawmakers said the maps met the required redistricting criteria and were created in a transparent fashion. State Rep. Bonnie Rich (R), chairwoman of the House redistricting committee, said, “Georgians have requested transparency and yes, we have given them transparency.”

Ohio: On Nov. 15, Republican lawmakers in the state House and Senate released a joint congressional district map proposal. On Nov. 16, the Republican-controlled Senate voted 24-7 along party lines to approve the map.

Under congressional redistricting rules approved by Ohio voters in 2018, without bipartisan support, the proposed map may only be in effect for four years rather than the typical 10-year period. A congressional map must be supported by three-fifths of the legislature, including one-third of the minority party’s membership, in order to last for 10 years. Otherwise, a map can be enacted by a simple majority, but only apply for four years.

Ohio lost one congressional seat, leaving the state with 15 congressional districts, down from the 16 it was apportioned after the 2010 census.

South Carolina: The House Judiciary Committee voted 21-2 in favor of approving a new map of the state’s 124 House districts on Nov. 16. The Judiciary Committee received the proposal from a seven-member redistricting committee—four Republicans and three Democrats—which previously approved the map by a 7-0 vote. The Herald’s Zak Koeske wrote that the proposal splits 33 counties, creates two more Republican-leaning districts, and places ten incumbents—six Democrats and four Republicans—into districts with other incumbents. It will now advance to the full House for a vote.

Wisconsin: The Republican-controlled State Assembly voted to approve new state legislative and congressional maps in a 60-38 party-line vote on Nov. 11. The Senate previously approved the maps on Nov. 8 with a 21-12 party-line vote.

Assembly Minority Leader Gordon Hintz (D) said the maps were a partisan gerrymander, saying, “It is not normal in a 50-50 state to have 64 seats drawn to be more Republican.” Assembly Speaker Robin Vos (R) said the maps met the criteria required for redistricting, saying, “It is the duty of the state Legislature laid out in our Wisconsin Constitution — not appointed commissions or the executive branch — to draw legislative districts.”

Prior to their passage, Gov. Tony Evers (D) said he would veto the proposals and ultimately did so on Nov. 18, sending redistricting to either a state or federal court depending on ongoing court cases.

On Nov. 16, after missing the deadline, the commission released its approved congressional and state legislative district lines. While these lines do not carry any authority, the commission asked the state supreme court to use those agreed-upon lines when carrying out its newfound redistricting duties.

As of Nov. 17, 14 states had finished their congressional redistricting and 20 had finalized their state legislative districts. 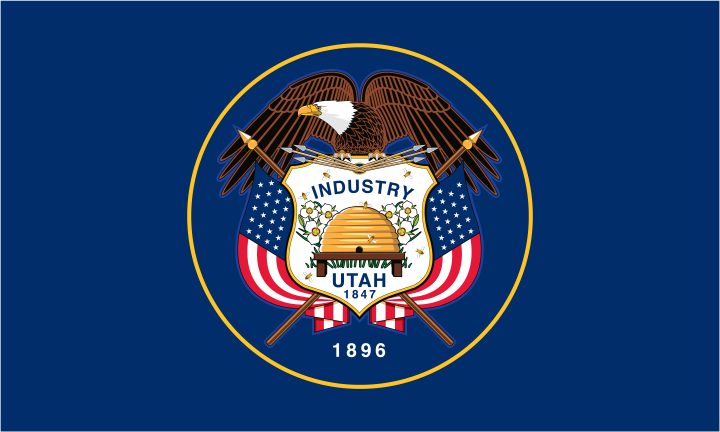 Utah Gov. Spencer Cox (R) signed new state legislative district maps for both chambers into law on Nov. 16, 2021. After Cox called a special session to begin on Nov. 9, the Utah legislature voted to approve the House and Senate district maps on Nov. 10. The House passed a proposed map of their own districts in a 60-12 vote and voted 58-13 to approve the Senate map proposal. The Senate approved the House district proposal in a 25-3 vote and approved their own proposed map in a 26-2 vote. These maps take effect for Utah’s 2022 legislative elections.

Lynette Wendel (D), who lost the election to represent Utah House District 39, said the districts were drawn to maintain Republicans’ majorities in the state legislature. “It was a very strategic approach so that very few people who have an insulated agenda can force that agenda continuously on this state,” Wendel said. Summit County Democratic Party Chair Katy Owens (D) said, “We would love to be able to have the opportunity to elect the representatives that we want but these maps have been deliberately drawn to prevent that.”

Sen. Scott Sandall (R), who along with Rep. Paul Ray (R) co-chaired the Legislative Redistricting Committee, said the new maps were drawn with citizens’ interests in mind. “After listening to Utahns and touring the state, Rep. Ray and I created maps that we believe incorporate the interests of all Utahns,” Sandall said. Ray said the legislature, not the Independent Redistricting Commission, “has the constitutional responsibility to divide the state into electoral districts” and he and Sandall “have worked tirelessly to come up with boundaries that best represent the diverse interests of the people we were elected to represent.”

“After much thought and much prayer with my family, today I am announcing that I’ll proudly be running as a Republican to represent house district 31,” Guillen said in a press conference held with Texas Gov. Greg Abbott (R) and House Speaker Dade Phelan (R).

He first assumed office in 2003, when he ran in the general election unopposed.

A new state legislative special election has been added to our list. The special election is for the District 31 seat in the South Carolina State Senate on March 29, 2022. The primary is on Jan. 25, the primary runoff is on Feb. 8 if needed, and the filing deadline is on Dec. 11, 2021.

Alaska’s legislature has been under split control since the start of 2016 when Democrats successfully created a minority-led coalition in the Alaska House of Representatives. Republicans have held a majority in the Alaska State Senate since 2012.

A special election has been called for the Connecticut House of Representatives District 116 for Dec. 14. Prospective candidates will be nominated by their respective parties.

Michael DiMassa (D) resigned from the state House on Oct. 25 following his arrest on Oct. 18. DiMassa first assumed office in 2016 after defeating incumbent Louis Esposito in the Democratic primary and Richard DePalma (R) in the general election.