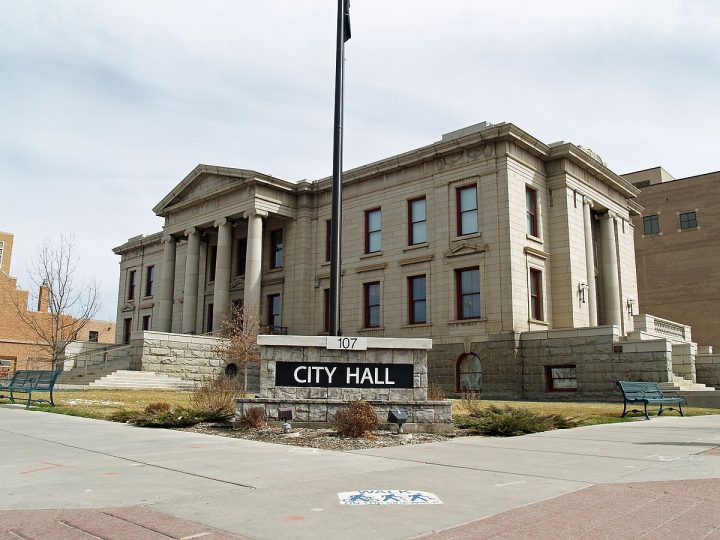 Yes on 1 Colorado Springs led the campaign in support of Issue 1. In support of the change, the campaign said, “Limiting ballot language to just 30 words isn’t enough space to give voters a clear and thorough explanation of what they are voting on. Removing the 30-word restriction will allow Colorado Springs voters to have the details of how our tax dollars will be spent.”

The charter amendment was put on the ballot through a unanimous vote of the Colorado Springs City Council on Jan. 26.

The Georgia State Legislature adjourned its 2021 legislative session on April 1, 2021. The legislature passed two measures requiring voter approval at the general election in 2022:

Suspend Compensation for Assembly Members and Public Officials Indicted for a Felony Amendment:

This measure would amend the state constitution to provide for the suspension of compensation for the following public officials while the individual is suspended from office for being indicted for a felony:

Currently, under the state’s constitution, assembly members and public officials who are suspended from office due to the indictment for a felony still receive compensation until they are convicted. Officials that are reinstated to their position would receive pay that was withheld under the amendment.

The Georgia Constitution requires voter approval of legislation to enact any property tax exemption, which must be passed in the legislature by a two-thirds (66.67 percent) supermajority vote in each chamber.

This measure would expand certain property tax exemptions provided for agricultural equipment and certain farm products. The measure would allow any entity that is a merger of two or more family-owned farms to qualify. It would also extend the exemption to include dairy products and eggs.

The Kentucky State Legislature referred the No Right to Abortion in Constitution Amendment to the November 8, 2022 ballot. The amendment would add a section to the Kentucky Bill of Rights that states: “To protect human life, nothing in this Constitution shall be construed to secure or protect a right to abortion or require the funding of abortion.”

Rep. Joseph Fischer (R), the sponsor of the amendment, said, “HB 91 simply assures that no Kentucky court will ever be able to fashion an implicit right to abortion from the language of our state Constitution. There will be no Roe vs. Wade decision in Kentucky.”

Alexis McGill Johnson, president of Planned Parenthood Action Fund, said, “This constitutional amendment is a blatant effort to take away Kentuckians’ fundamental rights and prevent individuals from making the health care decisions best for them and their families.”

This is the second amendment of its kind to be certified for the 2022 ballot. Kansas voters will be deciding a similar amendment on August 2, 2022. The amendment would reverse a 2019 Kansas Supreme Court decision that ruled there was a right to abortion in the Kansas Bill of Rights. The amendment would add a section to the Kansas Bill of Rights to state that there is not a right to abortions and the government is not required to provide funding for abortions. The new section would also add that the state legislature has the authority to pass laws to regulate abortion.

The Kentucky State Legislature also referred another constitutional amendment to the ballot that would allow the state legislature to change the end date of the legislative session through a three-fifths vote in each chamber. It would also provide that a special legislative session up to 12 days may be jointly called by the House speaker and the Senate president and add that laws take effect on July 1 in the year the act was passed or 90 days after it is signed by the governor, whichever is later.

The coronavirus pandemic has shaped the political landscape of the United States, including the powers of governors and state legislatures. Changes have been proposed in response to the pandemic or pandemic-related regulations and restrictions. Some of these changes, such as state constitutional amendments, require ballot measures for ratification. Others are citizen-initiated proposals, meaning campaigns collect signatures to put proposals on the ballot for voters to decide.

On May 1, Austin, Texas voters will decide eight ballot measures. All but one, Proposition C, were put on the ballot through initiative signature petition drives.

Proposition A was sponsored by the Austin Firefighters Association, Local 975. The measure would amend the city’s charter to require the city and firefighters association to participate in binding arbitration when an agreement cannot be reached through collective bargaining regarding working conditions. The union is set to begin the negotiation process with the city for a new contract in the spring of 2022.

Proposition B was sponsored by Save Austin Now, a bi-partisan PAC founded by Cleo Petricek (D) and Matt Mackowiak, chairman of the Travis County GOP. The measure would make it a criminal offense for anyone to sit, lie down, or camp in public areas and prohibit the solicitation of money or other things of value at specific hours and locations. The measure is in response to a 2019 unanimous vote by the Austin City Council to repeal an ordinance that prohibited sitting, lying, or panhandling in the downtown area. The city council also voted 9-2 to prohibit camping in public areas under certain circumstances.

Save Austin Now campaign said on their website, “Incompetent policy has encouraged aggressive public camping and panhandling that creates unsafe living conditions on the streets and unsafe streets for everyone else.” The measure is opposed by Homes Not Handcuffs. The  Homes Not Handcuffs campaign said, “These laws also make the underlying problems that cause homelessness worse. People wrack up fines and fees that they cannot pay. They are saddled with criminal records, making it more difficult to get housing and employment.”

Proposition C was referred to the ballot in a 10-1 vote of the Austin City Council with Councilmember Mackenzie Kelly opposing the measure. Proposition C would amend the city’s charter to authorize the city council to determine how the director of the Office of Police Oversight is appointed or removed through a city ordinance. Currently, the director of the Office of Police Oversight is appointed by the city manager. Council Member Gregorio Casar, a sponsor of the amendment, said, “If we want police accountability, then we need our police oversight office to be as independent as possible. In other cities, the Office of Police Oversight is independently appointed or is overseen by a civilian board, but right now our options as a city are limited. By making this proposed charter change in May, the community and city council have the opportunity to create more transparency and accountability of our police department in the future.”

Austinites for Progressive Reform said, “Our goal is to amend Austin’s city charter to enact proven campaign finance reforms, election reforms, and governance reforms. By doing so, we will increase political participation, increase voter turnout, and make sure our city works for everybody.”

The last day to register to vote in the election is April 1. Early voting begins on April 19 and runs through April 27. On election day, the polls will be open from 7:00 am to 7:00 pm.

South Dakota voters will decide June 7, 2022, on a constitutional amendment that would require three-fifths (60%) voter approval for any future ballot measures that would increase taxes or fees or that would require the state to appropriate $10 million or more in the first five fiscal years. The requirement would apply to constitutional amendments and state statutes that are placed on the ballot through citizen initiative petition drives or by a vote of the state legislature. Currently, all ballot measures in South Dakota required a simple majority vote (50%+1) to be adopted.

This amendment was introduced as House Joint Resolution 5003 by Republican Speaker Pro Tempore Jon Hansen on February 2, 2021. The measure was passed in the House on February 16, 2021, in a vote of 56-12. All eight House Democrats voted against the bill. Of 62 House Republicans, 56 voted in favor, four voted against, and two were excused.

On March 2, 2021, the South Dakota State Senate amended HJR 5003 to move the election date from November 2022 to June 2022. The amended version was passed by a vote of 18-17. All three Senate Democrats voted against the measure. Among Senate Republicans, 18 voted in favor and 14 voted against. The House concurred with the Senate’s amendments on March 4, 2021, in a vote of 51-17, certifying the measure for the June ballot.

Voters in Rhode Island approved all seven bond measures—totaling $400 million—in a special election on March 2. The Rhode Island Legislature referred the questions to the ballot.

Here are the details for all seven approved measures:

In Rhode Island, the legislature must ask voters to issue general obligation bonds over $50,000, except in the case of war, insurrection, or invasion. To put a legislatively referred bond question before voters, a simple majority vote is required in both chambers.