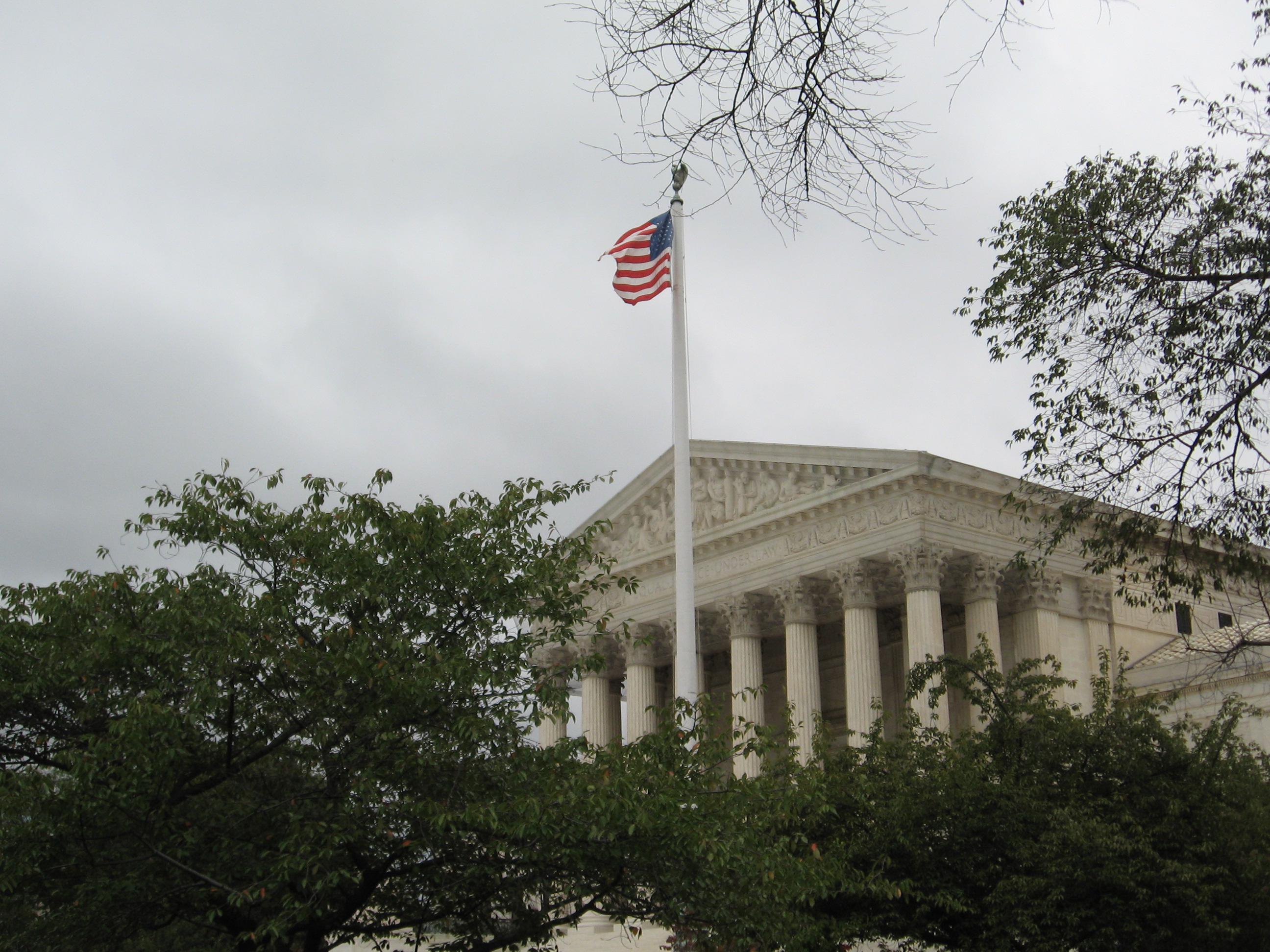 The U.S. Supreme Court will decide a case next year that may restrict the ability of the executive branch to use expedited procedures in some asylum cases. At issue is whether asylum seekers may challenge the procedures used by immigration officials to deny an asylum application.
In Department of Homeland Security (DHS) v. Thuraissigiam, the U.S. Supreme Court will review a decision by the 9th Circuit Court of Appeals that allowed a man to challenge in court the expedited procedures that an immigration judge and other executive branch officials used to deny his asylum application.
DHS argues that people who apply to enter and stay in the United States are only entitled to the procedural rights Congress grants to them. The agency also argued that the administrative procedures followed by officials in this case were adequate. Thuraissigiam’s lawyers disagreed, arguing that expedited removal procedures “drastically limit the administrative and judicial review that is ordinarily available.”
Allowing Thuraissigiam to sue in court “hinders the Trump administration’s desire to more quickly deport undocumented immigrants after their requests for asylum have been denied,” according to reporter Robert Barnes writing for The Washington Post. “If full habeas review does not cover expedited-removal cases, ICE agents may soon be able to seize immigrants anywhere in the U.S. and hustle them out of the country without any meaningful procedures,” according to writer Garrett Epps at The Atlantic, discussing the potential impact of the case.
The U.S. Supreme Court is scheduled to hear oral argument in this case on March 2, 2020.
To learn more about the case and adjudication in the administrative state, click here.
Additional reading:
https://ballotpedia.org/Adjudication_(administrative_state)
https://ballotpedia.org/Immigration_judge
https://ballotpedia.org/Habeas_Corpus
https://ballotpedia.org/Separation_of_powers
https://ballotpedia.org/Five_pillars_of_the_administrative_state:_procedural_rights

On December 6, the U.S. Supreme Court agreed to hear the case Carney v. Adams, which concerns judicial selection in Delaware, during its October 2019-2020 term. As of December 9, 2019, the court had agreed to hear 58 cases this term.
As of December 2019, when the governor of Delaware filed a petition before the U.S. Supreme Court, Article IV, Section 3 of the Delaware Constitution required that no more than the bare majority of judges on a given Delaware court could be of the same political party. A bare majority is one where the majority party has a one-seat advantage compared to the minority party. On a five-member court, for example, a bare majority would be a 3-2 majority.
James Adams, a retired lawyer, sued the governor of Delaware in federal district court. Adams argued the state’s bare majority requirement “violate[d] his First Amendment right to be considered for public office without regard to his political affiliation.” The governor, in response, argued Adams did not have the legal right to file a lawsuit. A federal magistrate judge ruled the bare majority requirement was unconstitutional.
The governor appealed to the United States Court of Appeals for the 3rd Circuit. In April 2019, a three-judge panel affirmed in part and reversed in part the federal district court’s ruling. The circuit court ruled that the bare majority provision violated the First Amendment. However, it also ruled Adams did not have the legal right, or standing, to challenge certain sections of Article IV, Section 3.
Governor John Carney (D), acting in his official capacity, filed a petition with the U.S. Supreme Court. In the petition, the governor argued the 3rd Circuit’s ruling conflicted with decisions in similar cases from the 2nd Circuit, 6th Circuit, and the 7th Circuit. The governor also argued SCOTUS should “reaffirm that federal courts are obligated to respect the States’ sovereign authority to structure their own governments, including by setting qualifications for state judges.”
The issues in this case are: (1) Does the First Amendment invalidate the state’s constitutional bare majority requirement? (2) Was the 3rd Circuit’s ruling in the case incorrect? (3) Does Adams have a demonstrated legal right to sue the government?
Click here to learn more.
Additional reading:
https://ballotpedia.org/Supreme_Court_cases,_October_term_2019-2020
https://ballotpedia.org/Supreme_Court_of_the_United_States
https://ballotpedia.org/Judicial_selection_in_Delaware
https://ballotpedia.org/Courts_in_Delaware
https://ballotpedia.org/Gubernatorial_appointment_of_judges

U.S. Department of Education Secretary Betsy DeVos proposed establishing a new independent federal agency to manage the federal student loan program. DeVos argued that the U.S. Department of Education’s Office of Federal Student Aid (FSA), which manages the federal government’s $1.5 trillion student loan portfolio, was not created to function as an apolitical bank, despite congressional policy expectations.
“FSA’s mission is to serve students and families, but its structure is set up to serve politicians and their policies,” DeVos told attendees at the department’s annual conference.
The proposal would move the student loan management responsibilities of the FSA to a new, independent federal agency “run by a professional, expert and apolitical board of governors,” according to DeVos.
Congressional action would be required to implement DeVos’ proposal. House Education and Labor Chairman Bobby Scott (D-Va.) issued a statement arguing that the FSA should be able to operate apolitically as it is currently structured.
An independent federal agency is an administrative agency that operates with some degree of autonomy from the executive branch. These agencies may be established outside of the Executive Office of the President or the 15 executive departments. Top officials at independent federal agencies may also have cause removal protections, which aim to insulate agencies from political interference by the president or other elected officials.
Click here to learn more.
Additional reading:
https://ballotpedia.org/Betsy_DeVos
https://ballotpedia.org/U.S._Department_of_Education 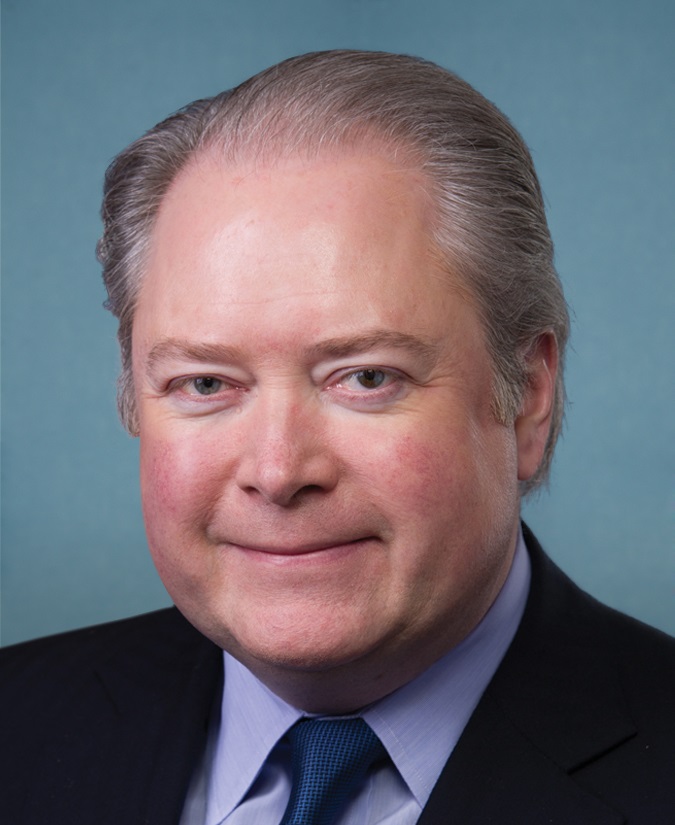 Rep. George Holding (R-N.C.) announced that he would not seek re-election to the U.S. House in 2020. In a statement, Holding said that “the newly redrawn Congressional Districts were part of the reason I have decided not to seek reelection. But, in addition, this is also a good time for me to step back and reflect on all that I have learned.” Holding also said he hopes to return to public office someday.
On December 2, 2019, a three-judge panel of North Carolina’s superior court ruled that U.S. House elections in 2020 will take place under a remedial district map approved by state legislators in November. The court previously ruled that the original map constituted a partisan gerrymander. Following the December ruling, The Cook Political Report changed its 2020 race rating for North Carolina’s 2nd Congressional District from “Lean R” to “Likely D.”
Holding was first elected to the U.S. House representing the 2nd District in 2012. He was the 22nd Republican member of the U.S. House to announce he would not seek re-election in 2020. Nine Democratic representatives had announced they would not seek re-election. In the 2018 election cycle, 52 members of the U.S. House—18 Democrats and 34 Republicans—did not seek re-election.
Currently, Democrats hold a 233-197 majority in the U.S. House with one independent member of the chamber. In November 2020, all 435 seats will be up for election.
Click here to learn more.
Additional reading:
https://ballotpedia.org/List_of_U.S._Congress_incumbents_who_are_not_running_for_re-election_in_2020https://ballotpedia.org/Redistricting_in_North_Carolina
https://ballotpedia.org/United_States_House_of_Representatives_elections,_2020

Reps. Denny Heck (D-Wash.) and Tom Graves (R-Ga.) announced this week that they will not run for re-election n 2020.
In a statement issued on Dec. 4, Heck did not give a reason for his retirement but said he planned on writing at least two books. He was first elected to the U.S. House in 2012 representing Washington’s 10th Congressional District. He won re-election in 2018 by 23 percentage points.
In a statement issued on Dec. 5, Graves cited his desire to spend more time with his family as a reason for his retirement. Graves was first elected to represent Georgia’s 14th Congressional District in June 2010. He won re-election in 2018 by 53 percentage points.
As of Graves’ announcement, these were the ninth Democratic and 21st Republican U.S. House retirements in the 2020 election cycle. In the 2018 election cycle, 52 members of the U.S. House—18 Democrats and 34 Republicans—did not seek re-election.
Democrats hold a 233-197 majority in the U.S. House with one independent member of the chamber. In November 2020, all 435 seats will be up for election.
Additional pages:
https://ballotpedia.org/Denny_Heck
https://ballotpedia.org/Tom_Graves
https://ballotpedia.org/United_States_House_of_Representatives_elections,_2020

On Tuesday, Congressman Duncan Hunter (R-Calif.) pleaded guilty to using campaign funds for personal expenses, ending a three-year investigation into the congressman’s misuse of over $200,000.
Hunter’s wife pleaded guilty in June to knowingly and willingly using campaign funds with her husband for their family’s benefit, agreeing to testify against him. Weeks later, federal prosecutors accused Hunter of using campaign funds for extramarital affairs with five women, including an aide.
Hunter will serve jail-time for the violations and is scheduled for sentencing on March 17, 2020. He is also expected to resign his seat in California’s 50th Congressional District, stating, “It’s been a privilege to serve in Congress. I think we’ve done a lot of great things for the nation.”
Gov. Gavin Newsom (D) will have 14 days after Hunter’s resignation to call a special election for the seat.
Additional reading:
https://ballotpedia.org/Noteworthy_criminal_misconduct_in_American_politics_(2019-2020)
https://ballotpedia.org/Noteworthy_criminal_misconduct_in_American_politics_(2017-2018)

Sen. Kamala Harris (D-Calif.) ended her presidential campaign on Tuesday, saying she lacked the financial resources to continue.
Harris had raised $11.6 million in the third quarter of 2019, roughly matching her $12 million haul in the first quarter and $11.8 million take in the second quarter.
“I’m not a billionaire. I can’t fund my own campaign. And as the campaign has gone on, it’s become harder and harder to raise the money we need to compete,” she said in a statement.
Harris is the third Democratic candidate to leave the presidential race this week. Former Rep. Joe Sestak (Pa.) and Montana Gov. Steve Bullock withdrew on Sunday and Monday, respectively.
Fifteen Democratic presidential candidates remain in the race. At this point in the 2016 presidential election cycle, there were 14 Republican candidates still running.

On November 26, the U.S. Supreme Court released its upcoming argument calendar, which included dates it will hear oral argument in three upcoming cases related to the administrative state.
On March 2, 2020, the court will hear Department of Homeland Security v. Thuraissigiam, which involves the question of when asylum seekers may challenge in traditional courts of law the decisions made during administrative agency adjudication hearings.
The court will hear two cases on March 3. In Seila Law v. Consumer Financial Protection Bureau, at issue is whether the structure of the Consumer Financial Protection Bureau violates the separation of powers. In Liu v. Securities and Exchange Commission, the court will decide the limits of the Securities and Exchange Commission’s enforcement powers.
To learn more about the upcoming cases, see here:
https://ballotpedia.org/Department_of_Homeland_Security_v._Thuraissigiam
https://ballotpedia.org/Seila_Law_v._Consumer_Financial_Protection_Bureau
https://ballotpedia.org/Liu_v._Securities_and_Exchange_Commission